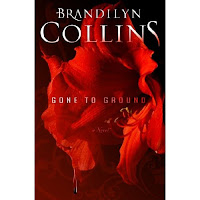 ABOUT GONE TO GROUND
Amaryllis, Mississippi is a scrappy little town of strong backbone and southern hospitality. A brick-paved Main Street, a park, and a legendary ghost in the local cemetery are all part of its heritage. Everybody knows everybody in Amaryllis, and gossip wafts on the breeze. Its people are friendly, its families tight. On the surface Amaryllis seems much like the flower for which it’s named—bright and fragrant. But the Amaryllis flower is poison.

In the past three years five unsolved murders have occurred within the town. All the victims were women, and all were killed in similar fashion in their own homes. And just two nights ago—a sixth murder.

Clearly a killer lives among the good citizens of Amaryllis. And now three terrified women are sure they know who he is—someone they love. None is aware of the others’ suspicions. And each must make the heartrending choice to bring the killer down. But each woman suspects a different man. 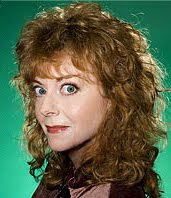 ABOUT THE AUTHOR
Brandilyn Collins is a best-selling novelist known for
her trademark Seatbelt Suspense®. These harrowing
crime thrillers have earned her the tagline "Don't forget
to b r e a t h e . . ."® Brandilyn's first book, A Question of
Innocence, was a true crime published by Avon in 1995.
Its promotion landed her on local and national TV and
radio, including the Phil Donahue and Leeza talk shows.
Brandilyn's awards for her novels include the ACFW
Book of the Year (three times), Inspirational Readers'
Choice, and Romantic Times Reviewers' Choice.
Brandilyn is also known for her distinctive book on fiction-writing techniques, Getting Into Character: Seven Secrets a Novelist Can Learn From Actors (John Wiley & Sons). The Writer magazine named Getting into Character one of the best books on writing published in 2002.
When she's not writing, Brandilyn can be found teaching the craft of fiction at writers' conferences. She and her family divide their time between homes in the California Bay Area and northern Idaho.
http://www.brandilyncollins.com/index.html

MY REVIEW
Brandilyn Collins is one of my favorite authors. I haven’t read any of her books that I haven’t loved. She is an excellent suspense author.
In Gone to Ground it tells of a story of a killer who has killed six women.
This book is about three women who believe they know who the murder is. One woman believes it is her brother, another believe it is her husband and the last one believes it is her employer. Each one has evidence and they work together to try to get the real murder caught.
I love to try and guess who the murderer is, but didn’t do it this time. Gone to Ground is full of twists and turns and you won’t know what is going to happen next.
I was very interested and couldn’t put down this book.  Another winner for Brandilyn Collins and a winner for anyone who reads it.
I loved that these three women worked together to find out who was the murder. They could have kept all of the information to themselves and let the other one take the blame.
This is a five-star book for sure. You will love this book and it will keep you reading late into the night. Highly recommended.

Oh, this sounds so suspenseful. I think I would like it! Thanks for the review.

thank you! I will plan on being well rested when I read this!!