The Crossing by Serita Jakes*A Review

ABOUT THE CROSSING
Imprisoned by memories, Claudia Campbell lives each day in the shadow of a ten-year-old murder. Who can set her free?

On the way home from a football game, a decade earlier, a masked gunman opened fi re on a Texas school bus.  Cheerleading coach B.J. Remington was killed, but her murderer was never found. Claudia, who had a close friendship with the young, spirited teacher, constantly relives the anguish of that day, caught in one moment in time. When her husband, the assistant district attorney, becomes determined to uncover the mystery of that tragedy, the secrets buried over the years threaten to tear their family apart.

Officer Casio Hightower will never forget the day his dreams were destroyed. A star quarterback with a promising future, Casio was on top of the world—until one bullet changed everything. He is eager to help Victor Campbell find B.J.’s killer, the man who shot him. Maybe solving the case will help silence the demons driving Casio to hurt the woman he loves.

As the Campbells and Casio teeter on the brink of losing everything, will they be able to discover that what begins at the crossing ends at the cross? 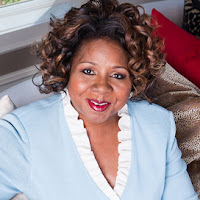  ABOUT THE AUTHOR
Mrs. Serita A. Jakes is an inspirational woman of God who leads with wisdom and grace. Throughout her nearly 30 years of marriage, she has diligently served alongside her husband, Bishop T. D. Jakes, with purpose and precision. An insightful speaker, she draws heavily from her education and background in theater and mass communications. A soft-spoken woman offstage, Mrs. Jakes possesses the rare ability to reach and stir her audiences as she works to complement her husband’s ministry.
A gifted speaker and author, Mrs. Jakes released her first book in August 1999, The Princess Within, which to date has sold more than 200,000 copies. The book is a poignant and revealing autobiographical reflection of encouragement and victory over pain, trauma and abuse. Mrs. Jakes wrote the book as a vehicle of encouragement for hurting women who want to break the silence surrounding their secret pain and obtain healing from it. That same year, Mrs. Jakes traveled extensively as co-executive producer with the Woman, Thou Art Loosed stage play. She also served as public spokesperson on the performance tour, addressing the critical issues of sexual abuse, alcoholism, abortion, and addictive relationships that were dramatized by the play. In 2000, Mrs. Jakes was co-executive producer of her husband’s stage play Behind Closed Doors, which addressed the critical issue of breast cancer among women.  In November 2003, Warner Faith published Mrs. Jakes’ second book, Beside Every Good Man: Loving Myself While Standing By Him.  It challenges women to explore the seasons that shape their views of male influence in their eyes.

In 2009, Mrs. Jakes appeared in the movie, Not Easily Broken, which was released January of that same year by Sony Pictures. The movie ranked No. 9 nationally during opening week. Because of her heart for women, in 2011, Mrs. Jakes debuted eMotions Magazine, a digital publication that seeks to inspire and educate all women. She also assisted in the production of her husband’s latest film Jumping the Broom. The comedy opened in theaters May 2011 and topped box office numbers during opening weekend. Currently, Mrs. Jakes has been intricately involved with her husband’s highly anticipated sitcom, One Love, and most recently released her non-fiction book, The Crossing. The book, which centers on young people, explores the traumatic situations they encounter that transpire into their adulthood. The book also addresses what they must do to move forward in their lives.
A loving wife, mother and grandmother, Mrs. Jakes and Bishop Jakes have five children and two grandchildren.


MY REVIEW
This book The Crossing is one of my favorites of the year. I was so interested in it that it only took me one day to read it, and that‘s really great for me. What an exciting book.
I like how this book is split into different parts, told from different viewpoints, one being the viewpoint of the victim. I especially liked that  viewpoint.
The Crossing has a lot of love, pain, hurt and forgiveness in it. Also it shows how different characters had PTSD-posttraumatic stress disorder. It shows how some people get help and how some just cause trouble.
I was very intrigued to find out who the murderer was. I always try to guess and this was a complete surprise to me.
You never know how many lives you touch and how many people you can affect by your actions.
This book shows us if we go through something tragic we need to go to God and also get help from professionals.
The characters in this book are very likable, colorful and compelling. The Crossing is a gripping book that will take you on a roller-coaster adventure. There are no parts in this book that aren’t thrilling.
This is the first time I’ve read any of Serita Jakes books, but it won’t be the last.
I give this book a 5-star rating because it is an unforgettable, riveting book. I highly recommend it. You will love this book.


Thanks to WaterBrookMultnomah for providing this book for review. I was not required to write a positive review. The opinions I have expressed are my own. I am disclosing this in accordance with the Federal Trade Commission's 16 CFR, Part 255