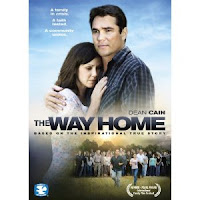 
On March 31, 2000, Randy Simpkins came home early from the office to help his wife, Christal, pack for a vacation to the beach. Christal asked Randy to load their two year-old, Joe, into his car seat. Instead, Randy left Joe riding his tricycle in the driveway while he went inside to turn off the lights and lock up. They lived on a rural farm in a safe area. Their kids played outside all the time. Randy didn’t give it a second thought to leave Joe for a couple of minutes, figuring he’d be cooped up long enough on the drive to the beach.
When Randy returned outside, Joe was gone. His tricycle was laying on its side, motionless. Randy called for Joe and looked around the yard. He was greeted with an eerie silence. A sudden feeling of panic rushed over him like a wave. Randy did not realize it at the time, but the next eight hours would put him through a life-altering rollercoaster of emotions that would challenge his priorities regarding God, his family and community. 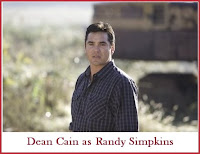 Dean Cain, as Randy Simpkins, plays the father of Little Joe and a man at a crossroads in his life. A familiar face to the screen, he portrayed Clark Kent and his alter-ego Superman in the hit TV series “Lois and Clark-The New Adventures of Superman_ (1993-1997) and is the host of Ripley’s Believe It of Not. As a graduate of Princeton University, Dean has worked in both TV and film media.

Lori Beth Edgeman portrays Christal Simpkins, the frantic mother of Little Joe struggling to bring her family back together. She is from Dalton, Georgia and most people will remember her as Candace from the TV hit “Army Wives.”

Sonny Shroyer appears as Ed Walker, a volunteer reliving his past while searching for Little Joe. A veteran of television and film, he is fondly remembered as Deputy Enos from The Dukes of Hazard. He is from Valdosta, Georgia.

Tom Nowicki, in the role of Sheriff Tony Reeves, rallies the search parties in sweeping the surrounding area for Little Joe. This is his second appearance for Red 5 Entertainment-appearing in the 2008 release of “The Conjurer”. Raised in Michigan, Tom now makes Winter Park, Florida his home.

Brett Rice is cast as Fire Chief Gary Thomas who brings his crews to aid in the search for Little Joe. He is originally from Chattanooga and been active on the stage and screen since 1982. Brett, along with Tom , also appeared in Red 5 Entertainment’s 2008 release of “The Conjurer.” 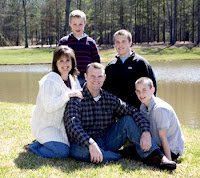 THIS IS A PICTURE OF THE REAL SIMPKINS

My Review
The Way Home starring Dean Cain, is a Christian movie by Lionsgate Productions and is the best movie I’ve seen this year. One reason I love it so much is it is a true story. Randy, Christal and family were just about ready to go on vacation. While getting things into the van, their 2 year old son Joe disappeared.
The 91 minute movie tells of the search and how everyone came together to help. Many churches formed prayer chains and came out to search. Randy is forced to deal with his life and priorities, while his faith is tested, and his marriage is close to falling apart. It shows how the searchers (police, fire etc..) work together and have a big job.
The actors/actresses in this movie are fantastic. A lot of Christian movies can’t say this. Only because they can’t afford more well known actors. It held my three youngest children’s and my attention and no one wanted to miss a single minute. Many times during the movie I was moved to tears. The emotions run high in this movie. The Way Home has the Dove Family Approved seal.
The part of Ed searching for Joe, was really special. Many years ago Ed lost his brother in a car accident and his name was Joe. So even through Ed had heart surgery just a few months ago he still felt he needed to search. He just had to help so someone else didn’t lose someone they loved. It was such a very, very touching part when Ed found Joe.
If you have or did have younger children it will give you an appreciation for their safety. At the end of the movie during the credits it shows the real Joe as he has looked over the years and has grown.
In special features the real Randy and Christal tell the story in their own words. It’s just amazing to hear their story and see how close it is to the movie. It is touching at how much this has changed Randy. His heart is tender and full of love for the Lord.
I know I’ve told you a lot about the movie, but it is so good it just needed to be told. If you don’t buy any other DVD this year buy The Way Home. I love, love, love this movie. I highly recommend this movie.

You can see more about the movie and order it here.

“Disclosure of Material Connection: I received one or more of the

would mention it on my blog. Regardless, I only recommend products

or services I use personally and believe will be good for my readers.

I am disclosing this in accordance with the Federal Trade

Commission’s 16 CFR, Part 255: “Guides Concerning the Use of

Endorsements and Testimonials in Advertising.”

Here are the ways to get extra entries:

For extra entries:
~Be or become a follower +1
~Be an email subscriber +1
~Read and leave a comment on any recent two posts. +2

Make sure to tell me your comment on this post which of the things you did to get extra entries. You can earn a total of 5 entries if you do all of the above entry options. A winner will be chosen via the Random Number Generator and the winner will be notified by email. U.S. residents only!
Posted by Trinity Rose at 7:12 PM

Wow, what a helpless feeling, yet they had the Lord to help them through. I would like to win this DVD. Please enter me.
desertrose5173 at gmail dot com

I commented on Bring up Bobby and The Vigilante's Bride.

I would love to watch this movie! shondaet at gmail dot com

I've heard this is a great story. I would be thrilled to win it and share with my friends.
pbclark(at)netins(dot)net

I am a new follower
pbclark(at)netins(dot)net

Please enter me in. rhisomers(at)gmail(dot)com

This one sounds like a heart breaker...I really don't want to imagine this kind of pain.

I am a follower!

I am a subscriber!

I would love to win a copy of this movie. It's so hard to find good Christian movies these days. Thank you for the chance to win a copy.

I am an email subscriber.

I am a GFC follower.

thanks for the chance to watch this fabulous movie :)

Sounds fabulous. Thanks for the possibility.

I think this movie would be a great movie to share with the whole church. I can only imagine how powerful of a witnessing tool this could be.

I am following your blog via Google Friends connect.

I am an email subscriber

My darlin' and I also love true stories. We love to watch movies that keep your attention, have a point and best of all, when they point you to Christ. Sounds fantasitc! Blessings

I would love to watch this movie with my mother- we enjoy these kind of movies
bukaeyes@aol.com

The Way Home DVD sound wonderful.Please enter me in the giveaway. augustlily06(AT)aim(DOT)com.Thank you.

I am following your blog via Google Friends connect.augustlily06(AT)aim(DOT)com.

i heard about this movie recently. would love to see it!

This sounds great. Would love to win. Thanks for giving it away.
plhouston(at)bellsouth(dot)net

Please enter me to win this giveaway, I would love to see the movie. I like movies with Christian themes.

I'm following you with gfc.
janetandmaya at yahoo dot com

I subscribed by email
janetandmaya at yahoo dot com

Please enter me in the giveaway! I think Dean Cain is a great actor. This movie sounds as if it has a great impact for the audience!

I am an email subscriber +1

I read and left a comment on two reviews: Lynette Eason and Linda Lee Chaikin +2

Please include me! Thanks

What a scary scenario! One of my biggest fears is to have one of my kids go missing. ---Lex