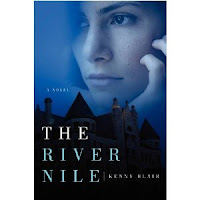 About the Book
Julie, a seventeen year old high school student, begins researching the Catholic orphanage she came from to write an article for her school newspaper, when she stumbles upon a remarkable discovery between the orphanage and the women’s clinic that performs abortions next door. As she digs, Julie realizes that the women’s clinic is just a front for what really happens when mothers come in to abort their third trimester babies.

Julie, a pro-choice activist, is determined to turn them in, but grapples with questions of faith as she reexamines her own stance on abortion and discovers her beliefs are blurred. Further investigation uncovers even more surprises as Julie puts together pieces of the puzzle and readers are drawn into evaluating their own views on these issues. What other secrets are hiding as Julie seeks to find all the answers? 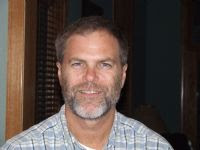 About the Author
Dedicated parent and anti-abortion activist, Kenny Blair, has written a compelling story about a young woman who makes an amazing discovery while researching the Catholic orphanage she came from. Having grown up in Abilene, Kansas, Kenny was raised by Christian parents and attended a small rural church where he grew in faith and came to believe in his pro-life choice.

Blair graduated from college in 1979 from the University of Kansas with a BS in Civil Engineering. During college, he was arrested for his passionate protest against abortion at a local hospital. After he graduated, Blair married Jodi Lowry, a certified nurse mid-wife and his hometown sweetheart from Abilene who spent time managing a women’s center and birthing facility in Topeka.

In the early 1980’s, Kenny and Jodi spent 18 months in East Africa with their one year old son. During that time, the author dug water wells, and worked with the local orphanage, while his wife did nursing work before returning to the states to pursue a 25 year career in engineering that led to becoming the president of an engineering firm in Kansas. Back in the states, Blair worked in the pro-life movement and volunteered his time to Birthright (a Catholic organization) which housed unwed mothers. Blair also fills the church pulpit in his community when his pastor is gone.

Kenny and his wife have housed single mothers and adopted four children from an orphanage in Guatemala, adding to two biological children of their own. The children they adopted suffered from abuse and special needs. The author’s experience with adoption, single mothers with nowhere to go, and special needs children that nobody wanted did not come from textbooks, but instead from his real life encounters and his commitment to children and family.

My Review
I really loved this book. The River Nile by Kenny Blair is full of action, adventure, abortion, adoption issues, families and redemption.
This book is so good that I read it in one day. It is only 100 pages/17 chapters, but even if it were a lot longer I wouldn’t have been able to quit reading until I read it all. I was mesmerized and anxious to find out how the book ended.
Sister Maria, a doctor from Guatemala, took care of the most defenseless-the mothers and babies. She was an orphan, so she could understand the troubles of all those who had lost their parents, and she was so sad when she thought of their future .
In Kansas, Julie begins writing a human-interest story about an orphanage in Wichita. The story means a lot to her, because she had been adopted from this orphanage and hopes to find some information about her birth parents.
You follow Maria and Julie in two different kinds of life. I was amazed at the ending of this super book and thought wow, it couldn’t have ended better.
I highly recommend this book. You should go to Amazon and order yourself a copy. It is one of my top books of 2010.

Thank you to Wine Press/Pleasant Word for providing this book for review. I was not required to write a positive review. The opinions I have expressed are my own.