About the DVD
At the far end of the world, there exists a strange and unusual chain of islands, resting above vast tectonic plates in the ocean below.

This is the world of the Galapagos Archipelago, home to salt-spitting marine iguanas, flightless cormorants, and giant tortoises that can live to be more than 150 years of age. It is also the birthplace of Darwinism. For here in 1835, a young Charles Darwin began to formulate a theory which would turn the world upside down. More than a century and a half later, these mysterious islands remain at the center of a controversy that has shaped the way modern men perceive science, religion, culture, and life itself. While Christians look to Jerusalem, and Muslims to Mecca, evolutionists look to the Galapagos as the spiritual center of their scientific faith. And the unique ingredients found on the Galapagos Islands have led many of Darwin's most devoted followers to describe it as Darwin's Eden, and a "laboratory for evolution."

Now, for the 200th anniversary of Darwin's birth and the 150th of his magnum opus, On the Origin of Species, Doug Phillips leads a Christian team of scientists and investigators to this "ground zero" in the war of the worldviews. Seen through the eyes of 16-year-old Joshua Phillips, who joins his father and noted researchers like Dr. John Morris of the Institute for Creation Research, The Mysterious Islands is the story of one boy's search for answers to the greatest controversy of the modern world. It is a refreshing father and son adventure that combines cinematically breathtaking footage with high adventure. The Mysterious Islands is a fast-paced film that tracks their journey of discovery as this unusual team walks where Darwin walked and engages with the amazing creatures that he chronicled in his research. Their quest: To determine whether the Galapagos Islands are a laboratory for evolution, as Darwinists claim, or a showcase for the biblical account of creation.

This beautiful ninety-minute documentary takes viewers deep beneath the ocean waves among hundreds of white-tip sharks, into volcanic craters with giant lizards, and to the unusual habitat of the blue-footed booby. Featuring a Christian team of scientists and investigators to shoot a documentary on the Galapagos in 2009—Darwin's anniversary year—The Mysterious Islands brings a fresh perspective on the Theory of Evolution and presents sweeping cinematography of one of the most remote, desolate, and fascinating locations in the world. 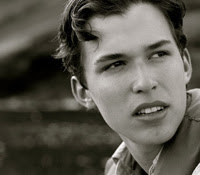 Joshua Phillips
At the age of 16 Joshua Phillips has distinguished himself as a world explorer who has surfed the great sand dunes of Peru, hiked the top of Mt. Saribachi with veterans of the Battle of Iwo Jima, climbed Ben Nevis in the highlands of Scotland, and summitted Huana Piccu, high in the Andes Mountains, temple grounds of the ancient Incas.A product of America's thriving home education movement, the eldest of eight children and son to Doug and Beall Phillips. 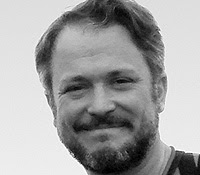 ips
The Mysterious Islands Project was birthed during a trip to the Andes Mountains in Peru when Doug Phillips heard of legends that ancient Incas may have visited the Galapagos. With the anniversary year of Darwin's birth and his magnum opus just around the corner, and with evolutionists from all over the world flocking to this "ground zero" of the Darwinian worldview, it was determined that a unique team of Christian explorers, scientists and filmmakers needed to be assembled to walk in the steps of Darwin, to see what he saw and to ask the question: "Is the Galapagos really a laboratory of evolution, or a glorious testimony of God's creation?" 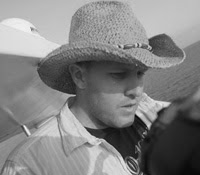 rwin
Award winning producer and director Jon Erwin is no stranger to action-oriented filmmaking. Whether he is gunning and running, camera-in hand, tracking pro-athletes for ESPN, or filming 85 feet below the surface in the waters of the Galapagos, surrounded by more than one hundred white-tipped sharks, Jon is not satisfied unless he gets "the shot" every time. 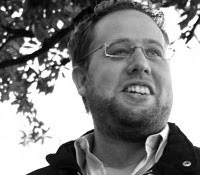 It's been a big year for award-winning filmmaker Andy Erwin. Fresh from his world-premiere success with the noteworthy "God Provides" film series where he directed veteran actor and Disney star Dean Jones in the role of Abraham, Andy, his brother Jon decided to take on the daunting task of challenging the theory of evolution right from ground zero of modern Darwinism---the Galapagos Islands. 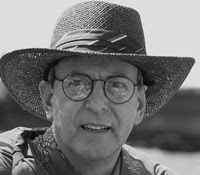 r. John Morris
After more than thirty years as one of the world's foremost spokesmen on the Bible and science, Dr. John Morris was able to realize a long-time dream when he traveled to the Galapagos Islands, the spiritual nerve center of the modern evolutionary movement. Dr. Morris brings his considerable experience and knowledge to The Mysterious Islands documentary project. An
acclaimed geologist 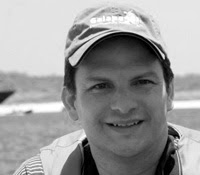 om Ford
Dr. Tom Ford III is a Ph.D. in biomechanics, an especially helpful discipline when examining one of Darwin's greatest errors?the belief that homology (or the study of comparative anatomies) is one of the gateways to proving evolution. 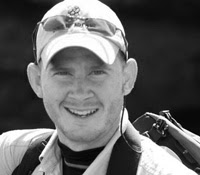 Bradrick
Peter Bradrick works on the side as an independent logistics consultant specializing in event coordination, executive protection, and personnel management.

My Review
The Mysterious Islands is a very beautiful, extremely well put together 90 minute DVD. It is a Christian documentary film about the theory of evolution vs. creationism. Seven men went on the 200th anniversary of Darwin’s birth and 150th anniversary of his trip to the Galapagos Islands to view what Darwin saw and tell their story through the creation stand point. The Galapagos Islands is where Darwin first went and spent a long time trying to get ideas of how to support his evolution theory.
The quality of the DVD and still pictures are so remarkable. You will be amazed at the music and content of this DVD. You will learn many new things that prove creation. Evolutionist have nothing to stand on.
If you didn’t want to watch this DVD to see about creation or evolution Just looking at the Islands and animals would make this DVD well worth watching. The animals on these beautiful Islands are so amazing. From the Galapagos Tortoise, Blue-Footed Booby, Land Iguana, Vampire Finch and the beautiful Whales. All are so special. You will be astonished at the Island with the red sand and the beach with the black lava rocks.
The Vision Forum Ministries which made this DVD makes it very clear what separates Creationist and Evolutionist. If you have ever wondered before you won’t anymore once you watch this DVD. I also think it would be really helpful to have your youth group watch this or your Bible study group. If you don’t do these things you really, really need to have your family watch it.
In this DVD you will find out who Darwin was and where he got his ideas; what specifically does natural selection do (and not do) what are the comparable characteristics between animals designate does geology really point to an really old earth and some explanation of how Darwin's ideas have influenced history.
On the special features of this DVD you will learn about early explorers to the Galápagos and the Galápagos Whaling Controversy {I especially like this feature about the whales} and many beautiful, spectacular still photos of animals,
I highly recommend this DVD. It is one that you need to have and I know you will watch it over and over and lend it to all of your friends.

Here are the links where you can order the DVD for yourself.
http://www.themysteriousislandsmovie.com/

I’m very happy to announce that I was given two DVDs and I’m giving one away to you my followers. All you have to do is be/become a follower and leave a comment with your email address. The giveaway deadline is September 25, 2010. A winner will be chosen via the Random Number Generator and the winner will be notified by email. U.S. residents only!

This would be so good. Please enter me.
desertrose5173 at gmail dot com

Wanda, This sounds really worth the time to watch. Thanks for the review. Would love to be in the drawing too! Blessings, Connie Sue

I am a follower. I'm a bird lover and would love to watch this!

We posted about this giveaway at Winning Readings: http://winningreadings.blogspot.com/2010/09/mysterious-islands-dvd.html

Not entering, but I just wanted to say I'm glad you're giving this away! It's a great film, and you wrote a great review! We have the DVD, and do like to share it with friends.

I'm a follower. Thanks for the possibility.

I am a follower and would love to win this dvd! Thanks for the chance!

Wonderfully written review, Wanda! This DVD sounds great. I would very much like to have it for my own!

Thank you for letting us have a chance to own it ourselves!

I have wanted to see this for some time and would love to win a copy.
wmmahaney(at)att(dot)net

Me and my husband would really enjoy watching this!

Thanks for the giveaway!