The Return of Cassandra Todd by Darrel Nelson A REVIEW

ABOUT THE RETURN OF CASSANDRA TODD
When the popular girl whose friends bullied him in high school suddenly reenters his life, little son in tow, Turner Caldwell must put the past behind him if they are to survive.

Turner Caldwell works at a local motel as a handyman while attending college full-time. On his way to class one day, he is shocked to see Cassandra Todd and her young son in town. The sight of her brings back powerful memories of being bullied in high school—she was the popular head cheerleader and he the target of her friends’ mean-spirited pranks.

When Cassandra and her son check into the motel where he works and she asks for his help in eluding her abusive husband, he finds himself entangled in a dangerous drama that will require him to forgive and draw on every skill he has if they are to survive. 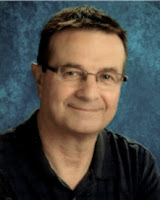 ABOUT THE AUTHOR
Darrel Nelson is the author of The Anniversary Waltz and ateacher. He writes novels, articles, plays, and music. He has bachelor’s degrees in English and education from the University of Lethbridge in Alberta, Canada.


MY REVIEW
The Return of Cassandra Todd by Darrel Nelson has some interesting parts, but parts of it I didn’t care for.
It’s a story about a woman Cassandra who left her husband because he beat her. I believe she should have done that, but should have sought help from other people beside a man she went to school with. That would have been O.K. but they started to have feelings for each other. Since she just left her husband and is a Christian, she should haven’t had fell for another man so fast. I think being a Christian author he shouldn’t have put his characters in this situation. How will people who aren’t Christians see the difference between Christians and non Christians.
The parts I really, I mean really, really loved was the way Turner escaped capture so many times and the ways that he got away. I think that part of the story was the best and I could see many more ideas for stories coming from the escapes. I found those parts quite fascinating. If you do read this book I think the escape parts would be well worth it.
The story line was fine, but did drag in several parts. The ending was O.K., but not what I really liked.


Thank you to Booketeria for providing this book for review. I was not required to write a positive review. The opinions I have expressed are my own. I am disclosing this in accordance with the Federal Trade Commission's 16 CFR, Part 255