Snapshot By Lis Wiehl A REVIEW

ABOUT SNAPSHOT
Two little girls, frozen in black and white. One picture worth killing for.

Federal prosecutor Lisa Waldren’s estranged father wants her to investigate a cold case from his FBI days. Lisa nearly refuses, even though a wrongly convicted man faces execution for murder. Then her father reveals a photograph: a little white girl playing alongside a little black girl at a rally in 1965 where the shooting of a civil rights leader took place. She recognizes herself in the photo.

Lisa agrees to help, resolved to boldly seek answers she’s skirted for decades. What she discovers are layers of deception, both personal and professional, reaching as high as the head of the FBI. Possibly even the president.

And though Lisa and the other girl may have escaped the 1965 shooting physically unharmed, her little friend, now grown, bears the scars of it. All because of the color of her skin. As Lisa and her father get closer to the truth, the real killer turns the hunt around. 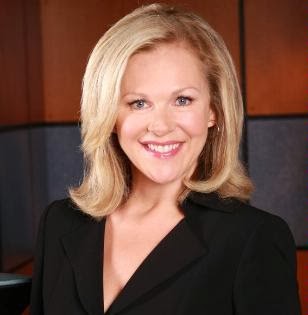 ABOUT THE AUTHOR
Lis Wiehl is a Harvard Law School graduate and former federal prosecutor. A widely popular legal analyst and commentator for the Fox News Channel, Wiehl appears regularly on The O'Reilly Factor and was co-host with Bill O'Reilly on the widely-syndicated radio show, The Radio Factor, for the past seven years. April Henry has written seven mysteries and thrillers. Her books have been short-listed for the Agatha Award, the Anthony Award, and the Oregon Book Award. Two have been chosen for BookSense. April lives in Portland, Oregon, with her husband and daughter.


MY REVIEW
Snapshot by Lis Wiehl is an excellent Mystery/Suspense novel. Lis’s dad gave her of photograph of her and another little girl at Civil Rights Movement. So Lis took that photograph and made a fictional story out of it. What an amazing idea to tell a story from a real photograph. What a wonderful job she did.
This story is also a story of the relationships between father/daughter and man/woman. I love the characters and the scenes. Even the evil characters are quite intriguing. You will be captivated as the plot unwinds.
I like how everything and most departments covered up the real mystery in this case.  Even the FBI and why they did it.  Lis Wiehl is an excellent author and she outdid herself in this novel. It is full of suspense, mystery, relationships and love.  The ending was superb and I highly recommend this fantastic book.

Disclosure of Material Connection: I receive books free from Thomas Nelson Publishers as part of their Book Review Blogger program/BookSneeze. I am not required to write a positive review. The opinions I express are my own. This is true of any book I review for any publisher or author; I will not review books where a positive review is required and I will always express my own opinions of each book received and read.