A Story of Easter and All of Us, Roma Downey & Mark Burnett A REVIEW 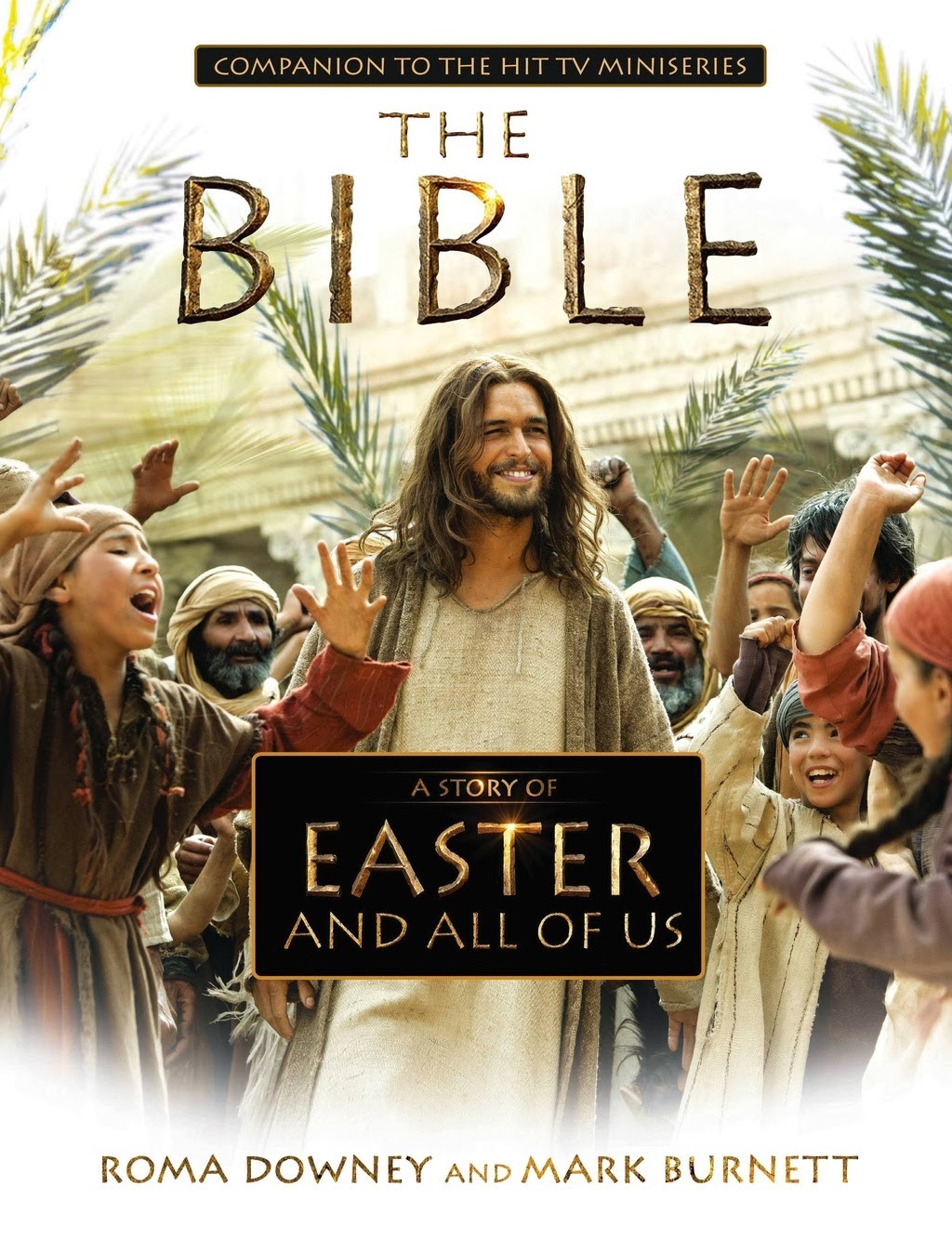 From the Last Supper in the upper room to the celebration of finding an empty tomb, this beautiful full color book chronicles the journey of Christ's death and resurrection in a way the Easter story has never before been "told." Containing extraordinary images from the Emmy-nominated TV series watched by over 100 million people, The Bible, A STORY OF EASTER AND ALL OF US is a book that will take a deserved place among the finest celebrations of Easter.

ABOUT THE AUTHORS
Roma Downey - A multiple Golden Globe and Emmy nominated actress, Roma starred for almost a decade as the angel "Monica" in the hit CBS television series, Touched By An Angel. She is also producer of the children's DVD and book series "Little Angels" and its companion Little Angels Storybook Bible.
Mark Burnett - Multiple Emmy Award winning producer of some of the biggest prime time network television shows in history including Survivor, The Apprentice, Shark Tank and The Voice. Has produced over 2,000 hours of American prime time programming airing in over 70 countries.
This husband and wife duo recently collaborated for their most ambitious project to date: producing together a ten hour global television mini-series titled The Bible.


MY REVIEW
The Bible by Roma Downey and Mark Burnett is taken from an 10 hour mini series called The Bible.  The book  tells the story from Jesus’ Triumphal entry and goes through His ascension.
The pictures in the book are quite beautiful, it’s a hard cover book. The writing style is present tense.
I didn’t watch the series on T.V., but I can tell it was a very good movie. Reading the book I found a few things that aren’t in the Bible and have heard that happened on the series also.
Watching the series or reading the book are fine and very good as long as you know your Bible and what happened.
It’s a beautiful book to have and read at Easter and really all year. I recommend this book The Bible A story of Easter and all of us for those that know your Bible.

I received my free copy from Sarah Reck at Faith Words/HachetteBookGroup, for my review. I was not required to write a positive review. The opinions I have expressed are my own. I am disclosing this in accordance with the Federal Trade Commission's 16 CFR, Part 255

Labels: A Story of Easter and All of Us, Book Review, Faith Words, Mark Burnett, Non-Fiction, Roma Downey