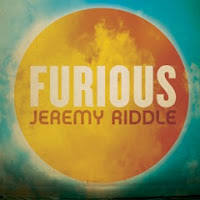 RELEASE DATE 9/20/2011
Jeremy Riddle is a songwriter and worship leader. He first hit the scene in 2007 with the critically acclaimed record, Full Attention. This project had the radio hit Sweetly Broken, which was the number one song on the radio station K-Love for over 40 weeks in 2007. Other singles from that record were Stand in Awe and God of All Glory. Since then Jeremy has toured extensively all over the US. The Riddle Band has opened for Rebecca St. James, Big Daddy Weave and has played events with Brenton Brown as well.

In 2009 Jeremy released his second project, The Now and Not Yet with the radio singles Bless His Name and Christ Is Risen. in the fall of 2010 his first full length live project Prepare the Way will be released, which will include tracks from live shows in 2009.

Jeremy comes from a family of 7 children and was homeschooled all the way through high school. He graduated from Cal state Fullerton with a BA in political science. Jeremy attended and later served as a youth pastor at the Anaheim Vineyard. Riddle is married with 4 children and now lives in Redding California and is part of the worship ministry at Bethel Church.
http://www.jeremyriddle.net/
http://www.facebook.com/pages/jeremy-riddle/52180062101
http://twitter.com/#!/jeremymriddle 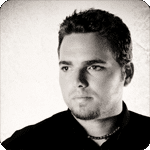 Track Listing:
1. Fall Afresh
2. Furious
3. Love Came Down
4. One Thing Remains
5. Acquitted
6. You Are Good
7. Walk In The Promise
8. One Thirst
9. Glory To The Lamb
10. The Lord Is My Shepherd
11. Here
12. Always
 
MY REVIEW
Furious is the newest CD by Jeremy Riddle.  This is a fantastic CD of sweet Christian music. This CD has some old favorites and new music. It is soft and refreshing music to really lift your spirit. I’m listening to Furious right now and greatly enjoying it, as I write this review.
Jeremy Riddle describes Furious saying, “It’s hard to come up with words that depict the magnitude of Christ’s love-the depth and width of it. Furious doesn’t work outside of the contest of love; we tend to translate the word as angry, but I see it as a super-powerful force; stronger, deeper, broader than our vocabulary can fully describe.”
It’s just wonderful to see and hear younger people who really love the Lord and want others to know all about Him.
I know you will really be blessed with this CD Furious. If you want to hear a little of Furious go to this website.  http://www.vineyardmusic.com/vm/
I recommend this CD for your worship library. It will be a great addition to your praise life.

“Disclosure of Material Connection: I received one or more of the products or services mentioned above for free in the hope that I would mention it on my blog. Regardless, I only recommend products or services I use personally and believe will be good for my readers. I am disclosing this in accordance with the Federal Trade Commission’s 16 CFR, Part 255: “Guides Concerning the Use of Endorsements and Testimonials in Advertising.”

Contest is only open in the U.S. and void where prohibited. Chances of winning are based on the number of entries and winner is draw from a non-biased third party- Random.org.  ENTRY DEADLINE October 3, 2011

Love your little red-headed grandson! Red hair runs in my family of origin.

I've not listened to Jeremy Riddle. Would love to win his CD. Thanks for hosting it.

I'm a follower and subscriber.

I LOVE Jeremy Riddle..."Sweetly Broken" was amazing! I'm sure this CD is incredible, as well! Thank you for the giveaway and the chance to win!
Blessings,
Kelly Y in Virginia
kelly*at*dkcountryarts*dot*com

thanks for the chance to listen to jeremy's music.

i'm a follower, too

This cd seems really good. Would love to win.

I am a follower.