Who is Simon Miller? DVD review

Like most families, the Millers have their challenges. Simon’s (Loren Dean) frequent business trips have created some distance between him and the rest of the family, leaving Meredith (Robyn Lively) stretched and struggling to keep things together. Daughter Sarah, an 18-year-old honor student, has recently gotten herself into trouble at school while son Kevin, 15, struggles to engage with anything outside of a video game…
But these issues all prove to be trivial when Simon goes missing. Sensing something is not right, the family frantically searches Simon’s office for information. Discovery of a stash of passports, all with Simon’s picture but each with a different alias, reveals that their father has been keeping more than a few secrets. In a frantic phone call, Simon urges the family not to tell anyone of his disappearance, not even the authorities, right before the line goes dead. Who is Simon Miller? And what exactly has he gotten himself – and now his family – into?
Shocked, scared and unsure if they can even trust the dad they thought they knew, the three embark on their own international mission to get him back. With Meredith’s sharp instincts, Sarah’s foreign language skills and Kevin’s natural techgenius, they try to unravel the mystery behind his disappearance. It’s a heartpounding family thriller that tests the limits to which families will fight for each other 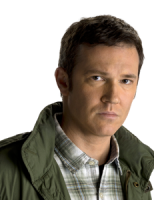 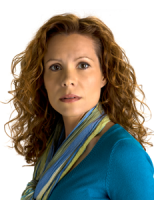 
MY REVIEW
This is a very interesting DVD. It isn’t Christian, but just plain good. Nothing that you wouldn’t want you whole family to see.
It is a spy drama, but also has its funny parts and shows a close-knit family.
The wife and two children had no clue that their dad/husband is a spy. He always came home exactly when he said he would, but their family times got interpreted often.
Then one day he never came home and the wife and kids started snooping in his office and found many interesting things that just didn’t add up.
They find out who he is and find out that he is missing, so they get clues that lead them overseas. With the three of them they come up with more clues, more ideas to find their dad and get right in the middle of trouble.
This is a fun, sweet movie because it shows you how much a family that loves each other will do to help each other out. They don’t give up.
I recommend Who is Simon Miller for your viewing pleasure. It would make a great movie to watch with the family on your movie night. It’s not a scary kind of spy movie, just family based.

“Disclosure of Material Connection: I received a DVD for free in the hope that I would mention it on my blog. Regardless, I only recommend products or services I use personally and believe will be good for my readers. I am disclosing this in accordance with the Federal Trade Commission’s 16 CFR, Part 255: “Guides Concerning the Use of Endorsements and Testimonials in Advertising.”