ABOUT THIN ICE
After losing her parents in a car accident and her sister to a house fire, Christy Reed has been mired in grief. Life is finally starting to feel normal again when an envelope arrives in the mail--addressed in her sister's handwriting. And the note inside claims she is still alive.

FBI Special Agent Lance McGregor, a former Delta Force operator, is assigned to reopen the case, but he's coming up with more questions than answers. If Ginny Reed is still alive--who is the woman buried in her grave? Where is Ginny? And is Christy a pawn in a twisted cat-and-mouse game--or the target of a sinister plot? As he digs deeper, one thing becomes clear: whoever is behind the bizarre ruse has a deadly agenda. 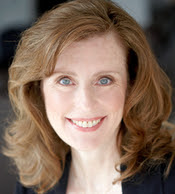 ABOUT THE AUTHOR
Irene Hannon is a bestselling, award-winning author who took the publishing world by storm at the tender age of 10 with a sparkling piece of fiction that received national attention.

Okay…maybe that’s a slight exaggeration. But she was one of the honorees in a complete-the-story contest conducted by a national children’s magazine. And she likes to think of that as her “official” fiction-writing debut!

Since then, she has written more than 50 romantic suspense and contemporary romance/women’s fiction novels. She is a seven-time finalist for and three-time winner of the RITA award—the “Oscar” of romance fiction—and a member of the Romance Writers of America Hall of Fame. Her books have also won a Daphne du Maurier award, two Carol awards, three HOLT Medallions, a National Readers’ Choice award, a Retailers Choice award, two Booksellers’ Best awards and two Reviewers’ Choice awards from RT Book Reviews magazine. One of her novels was also named by Booklist as a top 10 inspirational fiction books of 2011. In addition, she is a two-time Christy award finalist.

Irene, who holds a B.A. in psychology and an M.A. in journalism, juggled two careers for many years until she gave up her executive corporate communications position with a Fortune 500 company to write full. She is happy to say she has no regrets!

In her spare time, she enjoys cooking, gardening and singing.  A trained vocalist, she has sung the leading role in numerous musicals, including “South Pacific,” “Brigadoon,” “Oklahoma” “The King and I” and “Anything Goes.” She is also a soloist at her church.

When not otherwise occupied, Irene and her husband enjoy traveling, Saturday mornings at their favorite coffee shop and spending time with family. They make their home in Missouri.

MY REVIEW
Thin Ice by Irene Hannon is just an amazing book. It is book two in the Men of Valor series.  In this book Christy is living through so  many horrific events. Her parents die in a car accident, her sister house burns down with her in it, then she gets a note in her sisters handwriting and it is a kidnapping with a picture to prove it. The kidnapper tells her not to go to the police, but Christy goes to the FBI. That is where she meets Lance. She doesn’t want the kidnapper to know she went to the FBI, so they pretend to be good friends.
This book is really spell-binding and I just devoured it. Irene knows how to write books full of suspense. She will keep you reading well into the night. If you don’t read any other book this year, you should read Thin Ice. What an mind-boggling novel.
In Thin Ice Irene Hannon teaches us no matter what happens having Jesus in your life helps in the most trying circumstances. Also tells us to never give up.
The Men of Valor series is about three brothers and Thin Ice focus in on the middle brother, but we hear from the oldest brother Mac who’s story was in book one Buried Secrets. Book three will be about Finn the youngest. I just love Irene Hannon’s books. She is so talented and you won’t regret reading her novels. Highly recommended.

This one sounds spellbinding. I have not read anything by Irene Hannon and always appreciate hearing about authors I haven't read.