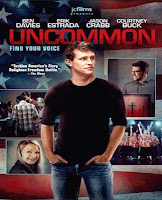 What do we really know about religious liberties in public schools? Can students pray? Can they have a bible study? Can they mention God or even wear a Christian themed t-shirt? The prayer in public school debate has caused a firestorm in the past; but with this film Liberty Counsel hopes to set the record straight.

Those who seek to indoctrinate our kids with the message that God is irrelevant and truth is subjective have had a monopoly for too long in our schools because the Supreme Court fabricated the idea that there is a wall of separation between church and state.

When the students of Rosewood High School lose their theater, music and dance departments due to budgets cuts, they create their own. Struggling to find the right script, music & choreography the students get advice from an uncommon source; the Bible! Each student becomes uniquely influenced as they discover that God takes them personally. Equipped with unique talents, they bond together to prepare the perfect production by exploring the diversity of parables taught in the Bible.

Fighting overwhelming challenges, the teens fight against political correctness to defend their privilege to worship, meet and perform.

Will months of constant bullying by the establishment defeat the production and dismantle their faith?

Armed with expert legal counsel and unexpected help from Christian music’s finest, these teens realize what it means to be…UNCOMMON!

FACTS ABOUT THE FILMING OF UNCOMMON
The film stars Erik Estrada. Estrada is best known for his leading role in the television series ChiP’s.  Estrada plays the role of a heroic high school janitor that volunteers to help the students salvage their drama and music programs.

Estrada stared with Pat Boone in the first Christian film ever widely produced The Cross and the Switchblade in 1970.

Estrada will attend over 200 church screenings across America in order to show this film to help better educate church leaders, parents and teens on religious liberties in public education.

The film features famed Christian musician and 2012 Dove Artist of the Year, Male Vocalist of the Year and Grammy Award Winner Jason Crabb.

The lead teenage role was played by actor Ben Davies; from the Christian blockbuster film Courageous.  Davies was just recently voted in the top-ten of Christian actors.

The film stars Irma P. Hall who has appeared in numerous films and television shows since the 1970s. She is best known for playing matriarchal figures in the films A Family Thing, Soul Food and The Ladykillers.

The film was created by Liberty Counsel; Liberty Counsel is an international nonprofit, litigation, education, and policy organization dedicated to advancing religious freedom, the sanctity of life, and the family since 1989, by providing pro bono assistance and representation on these and related topics.

Thomas Road Baptist Church, Pastored by Jonathon Falwell in Lynchburg, Virginia was the host church for the film.

The subject matter relating to this film is timely, desirable and portrayed appropriately and suitably for teens and pre-teen age children.

Special music was developed for the film including several hip-hop and Latino-style music compositions.  Estrada states, “Uncommon will be a great tool to equip young people with the truth. It's a movie that will make you laugh, cry, and get up and dance!”

Uncommon will provide parent and youth video study curricula with powerful resources to help educate schools, families and communities on the subject of school prayer and religious liberties.

The film used a total of 334 volunteers and was shot over a period of 30 days, and five months of post-production.

The film Uncommon has been made into an actual theatrical production available for FREE to students to perform in their church, school or community center.  Erik Estrada has agreed to be in attendance for the first 10 scheduled performances.

MY REVIEW
Uncommon starring Ben Davies, Erik Estrada, Jason Crabb and Courtney Buck is a very good DVD. It lets us know that being a Christian doesn’t mean that we don’t have rights. A story of love, faith, loss and friends, but most of all that God is with us through it all.
Uncommon starts out with Aaron losing his brother in a school shooting and moving to a different school. He then reads some of his brothers writing and learns his brother wanted to help him draw closer to God and Chris (Aaron’s brother) wanted to make a difference in school. So Aaron wants to fulfill his brothers wishes. Aaron then starts a Bible study at school and with the help of the janitor he helps a group of drama students put a play together. Aaron is Ben Davies who starred in Courageous and the janitor is Erik Estrada who starred in the hit T.V. series Chips. You will find other amazing facts about the DVD in the above section.
I like this movie for the theme and for the acting of Ben Davies, Erik Estrada and Irma P. Hall. Some of the other actors/actresses weren’t that great. I love the way Liberty Counsel  shows that we all have rights and being a Christian and an American gives us certain rights also.
Very good DVD. When it comes out this will be an excellent DVD to add to your collection or to your church library. Recommended.