ABOUT FATAL TRAUMA
The gunman had nothing to lose, and therefore, the lives of everyone in the emergency room were at risk. Dr. Mark Baker and nurse Kelly Atkinson were on duty during the standoff, but despite their efforts, at the end of the evening, three men were dead—one police officer and two members of the feared Zeta drug cartel. But the killing is not over, because when the drug cartel loses its members, revenge is not far behind. Mark’s life continues to be in danger, but to make matters worse he finds he is under suspicion as a killer! He turns to his high school sweetheart, attorney Gwen Woodruff, for help, while Kelly helplessly looks on, hiding her feelings for the good doctor. The characters in Fatal Trauma face life and death situations that cause them to question their faith, their priorities, and the meaning of their lives, while learning that God can use everyone— even people who’ve failed—because doesn’t that include all of us? 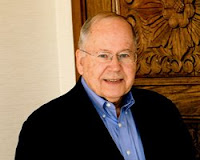 ABOUT THE AUTHOR
I'm a retired physician, who got into non-medical writing after the death of my first wife with my book, THE TENDER SCAR: LIFE AFTER THE DEATH OF A SPOUSE. I'm gratified that it continues to help those who have lost a loved one.

Then came STRESS TEST (also a finalist for Romantic Times' Best Inspirational Novel). My next book, released in October, 2013 by Thomas Nelson Publishers, was HEART FAILURE. The most recent is CRITICAL CONDITION, which was released in April, 2014.

I'm pleased to announce that FATAL TRAUMA will be published on May 19 of this year, with more to follow. Further, I've just self-published a Christian fiction novella, RX MURDER, which is currently available for Kindle.

When I'm not writing, I'm busy being a husband and grandfather, working on my golf game, and doing the hundred-and-one other things that retired people do. I'm busier now than I ever was while in practice--and loving it

MY REVIEW
One of my favorite genres is Medical Mystery and Fatal Trauma by Richard L. Mabry, M.D. is just that. He did such an excellent job with Fatal Trauma that it is extremely interesting to read.
This book has it all drug cartel, malpractice lawsuits, murder accusation with just enough of romance to make it one of the best books I have read.
Dr. Mark Baker and Nurse Kelly Atkinson were out a few times and had an enjoyable time, but neither of them were serious until they were in a hostage/threatening situation. After they went through that they found out how much they cared for each other.
Mix that up with murder and mayhem and you are sure to have a very interesting book.
I was very surprised at the ending and thought it ended just right.
I highly recommend Fatal Trauma by Richard L. Mabry, M.D. and any of his other books. Fantastic author.


I own this book and was not required to review it.

Thanks so much for your review. I'm so glad you liked Fatal Trauma, and appreciate your sharing your opinion with others.

This book sounds VERY intriguing. Sounds like this book has everything in it to keep our undivided attention! Blessings, Connie Sue