Unspoken by Dee Henderson A REVIEW 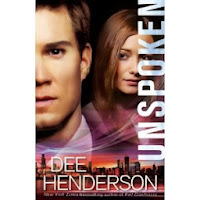 ABOUT UNSPOKEN
Charlotte Graham is at the center of the most famous kidnapping in Chicago history.

The task force of FBI and local cops found her two abductors, killed them, rescued her, but it took four very long years. The fact she was found less than three miles from her home, had been there the entire time, haunts them. She's changed her identity, found a profession she loves, and rebuilt her life.

She's never said a word--to the cops, to her doctors, to family--about those four years.

A family legacy has brought her back to Chicago where a reporter is writing a book about the kidnapping. The cops who worked the case are cooperating with him. Her options are limited: Hope the reporter doesn't find the full truth, or break her silence about what happened. And her silence is what has protected her family for years.

Bryce Bishop doesn't know her past, he only knows she has coins to sell from her grandfather's estate--and that the FBI director for the Chicago office made the introduction. The more he gets to know Charlotte, the more interested he becomes, an interest encouraged by those closest to her. But nothing else is working in his favor--she's decided she is single for life, she struggles with her faith, and she's willing to forego a huge inheritance to keep her privacy. She's not giving him much of an opening to work with.

Charlotte wants to trust him. She needs to tell him what happened. Because a crime cops thought was solved, has only opened another chapter... 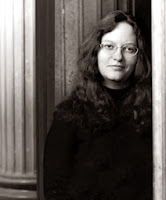 ABOUT THE AUTHOR
Dee Henderson is the author of 14 best-selling novels, including the acclaimed O'Malley series and the Uncommon Heroes series. As a leader in the inspirational romantic suspense category, her books have won or been nominated for several prestigious industry awards, including the RWA's RITA Award, the Christy Award, the ECPA Gold Medallion, the Holt Medallion, the National Readers' Choice Award, and the Golden Quill. Dee is a lifelong resident of Illinois and is active online. Visit her at www.deehenderson.com.


MY REVIEW
Unspoken by Dee Henderson isn’t one of my favorite books. I LOVE the O’Malley series and it is so well written. Unspoken started our really slow. It talks a lot about Bryce’s coin business and the coins Charlotte sells him. It is very boring for people who don’t know or like coins. It really took a lot to get into this book.
I love how well Bryce treated and took care of Charlotte. He married her even though he didn’t love her, because he thought it was the right thing. I really don’t see many people if any who would marry someone just to help them.
Charlotte inherits a lot of money and doesn’t want it and wants someone else to help her give it away.
This was a really long story and I did enjoy the last part. I like how tender and loving Bryce is to Charlotte even though I don’t think a person would be without loving them.
This was an O.K. book, but if you want to read some fantastic books of Dee’s read her earlier books.

I agree. Her other previous book was slow like this too (Full Disclosure). I still love her O'Malley series and her Uncommon Heroes series. Just wonder what happened to her style of writing.