ABOUT LONE STAR TRAIL
The six-book series about four generations of the Morgan family living, fighting, and thriving amidst a turbulent Texas history spanning from 1845 to 1896 begins with Lone Star Trail.  Although a series, each book can be read on its own.


Judson "Jud" Morgan's father died for Texas' freedom during the war for independence. So when the Society for the Protection of German Immigrants in Texas (the Verein) attempts to colonize a New Germany in his country, he takes a stand against them.

After Wande Fleischers' fiancé marries someone else, the young fraulein determines to make a new life for herself in Texas. With the help of Jud's sister Marion, Wande learns English and becomes a trusted friend to the entire Morgan family.

As much as Jud dislikes the immigrant invasion, he can't help admiring Wande's character. She is sweet and cheerful as she serves the Lord and all those around her. Can the rancher put aside his prejudice to forge a new future?  Through Jud and Wande, we learn the powerful lessons of forgiveness and reconciliation among a diverse community of believers. 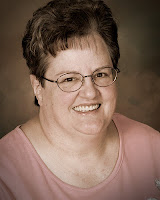 ABOUT THE AUTHOR
Award-winning author and speaker Darlene Franklin has recently returned to cowboy (and cowgirl) country--Oklahoma. The move was prompted by her desire to be close to her son Jaran, daughter-in-law Shelley, three beautiful granddaughters, and a long-awaited baby boy.. Her daughter Jolene has preceded her into glory.

In the two years since Darlene has been writing full time, her writing career has exploded to where now she has seventeen books published/under contract. Several of those will also be repacked (Maple Notch Brides), reprinted (Beacon of Love with Thorndike Press), and put into e-book format (Lone Star Trail).

Dressed in Scarlet (from Snowbound Colorado Christmas) and A String of Murders both finaled in the Book of the Year contest sponsored by American Christian Fiction Writers.

Now that Darlene has moved away from Colorado, several books set in Colorado are coming out this year (a fact she finds amusing). All three are contemporary romances. Plainsong and Knight Music continue the story begun in her first book, Romanian Rhapsody; and First Christmas (from Christmas at Barncastle Inn) takes places in a Vermont B&B that specializes in recreating Christmases of the past.

Lone Star Trail is the first book in the Texas Trails series, written with Susan Page Davis and Vickie McDonough. Darlene is pleased to have her first "trade book" come out with Moody Publishers.


MY REVIEW
This is the first book I’ve read by Darlene Franklin. The Lone Star Trail is book one in the Texas Trails Morgan Family series. I wanted to start at the beginning to see if I should read the rest of the series. I wasn’t that happy with Lone Star Trail. It is a fine story, but for me just lacked excitement until the very end where it got really good. I just didn’t think the story flowed together well enough. I love western books and the hardships that came with being some of the first people in the West, but this book just didn’t get it for me.
What I did like about the book is the character that played the mother Mrs. Morgan. She was a strong woman who did the right thing and told her children just what she believed. I liked the settings and description of the area and homes also.
I don’t think I will read anymore of Darlene Franklin’s books unless she has a super good one. This is an O.K. book and you may love it.

Thanks for the review! I just finished the last book in this series. I enjoyed all of them.

I am now following your blog.
I also grabbed your blog button.