ABOUT A LOVE FORBIDDEN
Moved by the desire for adventure and a yearning to help the Ute Indians, twenty-year-old Shiloh Wainright impulsively accepts a teaching position at the White River Indian Agency in northwestern Colorado. The new job, however, isn't what she imagined it would be, and Shiloh soon finds herself caught in the cross fire between the Utes, their unyielding Indian Agent, and the unrealistic demands of the US government. Her unexpected encounter with Jesse Blackwater, an embittered half-breed Ute and childhood friend, only complicates matters as they battle their growing feelings for each other amidst the spiraling tensions threatening to explode into a catastrophic Indian uprising.

Set amongst the wilds of the Colorado Rockies in 1879, this is a tale of a forbidden love and a faith tested in the cauldron of intolerance and the harsh realities of life on the untamed frontier. Bestselling author Kathleen Morgan deftly explores themes of mercy, fidelity to one's beliefs despite what others think or do, and compassion for those different from oneself as she plumbs the depths of the human heart and the healing power of God's love. 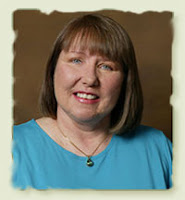  ABOUT KATHLEEN MORGAN
Kathleen began her career writing contemporary romances and soon moved to historical and futuristic romances. She sold her first book, a futuristic romance, in April 1990 while stationed in Korea as an Army nurse. Additional romances soon followed, until she had sold a total of fifteen books in the general market, establishing a loyal readership along the way.

Since that time, she has received numerous awards for her work, including a Romantic Times Reviewer's Choice award and Career Achievement award, and The Literary Times award for Literary Excellence in the Field of Romantic Fiction. She was also a Romance Writers of America RITA finalist.

Kathleen now focuses her writing talents in the area of inspirational fiction, offering readers characters who struggle to redefine their growing faith in everyday life.

Kathleen was born in sunny Long Beach, California, one of four daughters of a career Army officer.

As a former Army nurse with a master's degree in counseling, she has lived in Germany, Korea, Maryland, Texas, Virginia, Louisiana, Florida, Washington, D.C., Alabama, California, and Colorado.

She is married to a retired Army helicopter pilot and is the mother of two sons-one deceased- and stepmother to another son and a daughter, both of whom have been very busy making her a grandmother.

In her free time, Kathleen likes to quilt, play the Celtic harp, and be companion and caretaker to an aging English cocker spaniel. She is also a companion and the wifely caretaker to her husband, who is not quite so aged :)
http://www.kathleenmorgan.com/html/heartoftherockies.html


MY REVIEW
This is the first book I’ve read written by Kathleen Morgan and it won’t be the last. From the very first page to the last there wasn’t one page that wasn’t interesting and I was so eager to read, but hated the book to end.
Usually in some books you have some parts that you skip over that aren’t exciting or help the story in any way, but A Love Forbidden was wonderful in every page and every line.
I really like how deep Shiloh’s love runs for Jesse and the Indian people. She puts others ahead of herself and thinks of how she can help.
This book  is full of love, acceptance and forgiveness. It also shows us how we can let things remain in our lives, like hurts and bad feelings until they grow out of control and how the only way to get rid of these feelings is to turn it all over to God.
This book A Love Forbidden is a Historical Romance and it tells of the Indians and how things happened in the late 1800’s for both white and Indian. It gives you a look at how hard it was for a white person and indian person to marry or have a life together. This book is a wonderful story and I highly recommend it for all.

“Available May 2012 at your favorite bookseller from Revell, a division of Baker Publishing Group.”

I received my free copy from Donna Hausler from Revell, a division of Baker Publishing Group for my review. I was not required to write a positive review. The opinions I have expressed are my own. I am disclosing this in accordance with the Federal Trade Commission's 16 CFR, Part 255

This beautiful love story is set in the majestic Rockies in the 1800s. The incredible backdrop lends itself to the imagination of the difficulty of life for both whites and Indians at that time. This novel gave me a new appreciation of the value of sacrifice and forgiveness. This is an incredible book that showcases both white and Ute culture in such a way that entertains and educates. Kathleen Morgan has done her homework, and has a gift for painting an amazing panoramic picture of Christian and non-Christian life.