ABOUT JOURNEY TO CHRISTMAS
Journey to Christmas is a fascinating new reality DVD series that invites you to explore Jesus’ birth through five modern-day explorers. Shot on ultra-high-definition film and packaged as a four-part DVD church curriculum, this unique study series chronicles the experiences of five very different people—a messianic Jew, a First Nations woman, a poet, a Christian radio personality, and an agnostic lawyer—as they journey through the Holy Land to discover the true meaning of Christmas. Guided by a local historian (Nizar Shaheen) with on-camera commentary from a team of Bible experts (astronomer Dr. Hugh Ross, ancient history expert Dr. Paul Maier, archeologist and New Testament scholar Dr. Craig Evans, Biblical times culture expert Claire Pfann, and others), viewers will see the Christmas story unfold though the eyes of each member on this unique pilgrimage. Journey to Christmas lets you immerse yourself in the culture, places, and people surrounding the Nativity. Stunning photography, a reality show format, exotic locations, and fascinating commentary from a team of Bible experts make this an unforgettable Bible learning experience!

MY REVIEW
These two DVDs are 180 minutes long. I really enjoyed all of the scenery and information of the Holy Land.
Five different people from five different backgrounds got to go. They were a messianic Jew, a First Nations woman, a poet, a Christian radio personality, and an agnostic lawyer. All of them were either raised in a Christian home or had the opportunity to go to church. They all knew about the Christian faith.
The three women to me seemed to get more out of their trip than the two men. I can’t believe someone who has been raised in a Christian home or know about Christ gets to go to the Holy Land and they still don’t believe. To me it seemed like the trip for the two men Drew and Rory was just a waste of time. They wanted some kind of sign or a big miracle.
So would I recommend this DVD? Yes, for the three girls and they faith and love of the Lord and all of the beautiful places they visited. Below you will read who was there and where they went.
I enjoyed the DVDs, but probably won’t watch them again.

Here is one of the experts and the names of the others. 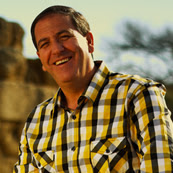 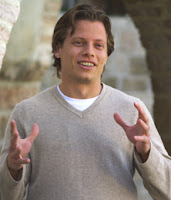 “Although I’m not religious, I can offer some benefit to those that are, by opening a more spiritual side to their religiosity.”

An expert in international affairs, Rory Nisan will bring a unique geo-political perspective to the group. He grew up in an environment where religion was perceived to be a divider. His father was disowned by his strict conservative Jewish family as a result of his marriage to a gentile. Now an agnostic, Rory relishes the opportunity to interact with the other Journey to Christmas participants.

“My culture is very close to Judaism. I would be interested to go and re-connect with what could possibly be my heritage.”

Nazreth Mebrahtu is a Toronto-based visual artist who works with fibre and paint. For the last five years she has explored issues of identity, freedom of expression, and spirituality.

Nazreth’s vast influences include primarily, inspiration from her Eritrean indigenous heritage, and from Western art, with her work often revealing conflicting values of the philosophy of her mixed heritage. Nazreth's work is informed by her deep passion and knowledge of materials, color, and texture.

Drew Marshall grew up in a funeral home, was kicked out of four schools, and finally dropped out after completing grade nine. Not wanting to wait around for life to give him a shot, he ran away to California at the age of seventeen and became a wrangler at a ranch-camp in the foothills of the Sierra Nevada Mountains. After returning to Canada four years later, having never played a game of football in his life, he became a punter at the semi-pro level, which eventually led to NFL & CFL tryouts. After leaving his football dreams behind, Drew then began training for a career as a Fire Fighter. Had he decided to settle into any one of these ambitious pursuits, this wandering autodidactic iconoclast would never have ended up taking an unbelievable step of faith. In 1997, he moved his family to Australia with nine bags of clothes, two children, no place to live, and no job!

Then, after five years in Australia, he moved his family back to Canada and in 2003 and with absolutely zero broadcasting experience, walked into the studios of JOY 1250 and pitched the idea of hosting a talk show that was different. 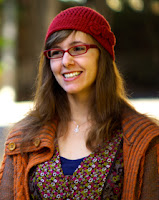 “I will be of good cheer in the most adverse of circumstances… I will bring harmony to the group without placating people… I might sing Christmas songs!!! Is that allowed?”

Dusty May is a young and vivacious writer, singer, and painter from Hamilton, Ontario. Born into a dysfunctional single parent home, her childhood was filled with pain and difficult trials. Her amazing story involves a radical life change from involvement in the occult, dealing with mental illness, and eating disorders, to a life where family and balance have been restored. Her goal is to live a life of radical joy and faith, and to inspire those around her to do the same. Dusty May’s enthusiasm to be part of the Journey to Christmas is infectious. 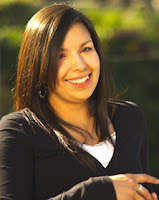  
Kim Kakakaway is an adventurous, compassionate, First Nations young woman, from the Red Pheasant Cree Nation in Saskatchewn. Kim grew up in Calgary, AB, where she lived with her mother and 3 sisters. A deep love for her people inspired the creation of Anchored Warriors – a non-profit organization dedicated to; mentoring, leadership development, and bringing Hope to today’s Native youth who are in search of truth, identity and a sense of belonging. Recognizing the cultural similarities of first century Judaism and her own Native heritage, Kim’s quest on this Journey to Christmas is to discover the tribal aspect of the Nativity story.

Bet Sh'ean
Where no less than 18 cities were built

Bethlehem
The birthplace of Jesus

Caesarea
One of the great cities of antiquity

Capernaum
Jesus' main base during his Galilean ministry

Masada
Herod The Great's fortress above the Dead Sea

Nazareth
The hometown of Mary, Joseph and Jesus

Qumran
Where the Dead Sea Scrolls were found


Thanks to Tyndale House Publishers for providing this book for review. I was not required to write a positive review. The opinions I have expressed are my own. I am disclosing this in accordance with the Federal Trade Commission's 16 CFR, Part 255