As Good As She Imagined by Roxanna Green with Jerry B. Jenkins~ A Review~

ABOUT AS GOOD AS SHE IMAGINED
The story of the little girl whose shooting death at a political rally in Tucson in January 2011 shook our nation—and whose life and legacy continue to be an inspiration.
Christina-Taylor Green was beautiful, precocious, and popular, a member of her elementary school’s student council and the only girl on her Little League team. Born on 9/11/2001, it was perhaps no surprise that she harbored aspirations of becoming a politician—thus her presence at the political rally that fateful day in Tucson last January. Congressman Gabrielle Giffords was severely wounded in the gunman’s splay of bullets; six others were killed, including Christina, the youngest of the victims.
But this inspirational book recounts far more than the events of “the tragedy of Tucson.” Written by Christina’s mother (with New York Times best-selling biographer Jerry Jenkins), As Good as She Imagined celebrates this little girl’s life, along with the hope that has been born out of a nation’s loss and a family’s grief. 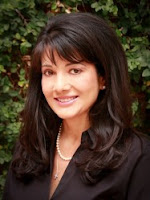  ABOUT ROXANNA GREEN
Roxanna Green has been a practicing home health-care nurse, now serving as CEO of the Christina-Taylor Green Foundation. Her husband, John, is National Crosschecker in the scouting department of the Los Angeles Dodgers. They have a son, Dallas, 12, and their daughter, Christina-Taylor, would have been 10 on the tenth anniversary of 9/11.
http://worthypublishing.com/books/As-Good-as-She-Imagined/
 

ABOUT JERRY B. JENKINS
Dr. Jerry B. Jenkins, former vice president for publishing and currently writer-at-large for the Moody Bible Institute of Chicago, is the author of more than 160 books, including the 63,000,000-selling Left Behind series.
Also the former editor of Moody Magazine, Dr. Jenkins's writing has appeared in Time, Reader's Digest, Parade, Guideposts, and dozens of Christian periodicals. Jerry and Dr. Tim LaHaye were profiled in a May 24, 2004 cover story in Newsweek magazine entitled "The New Prophets of Revelation."
Jerry's non-fiction books include as-told-to biographies with Hank Aaron, Orel Hershiser, Walter Payton, Nolan Ryan, and many others.
Jenkins also assisted Dr. Billy Graham with his memoirs, Just As I Am, also a New York Times bestseller.
Jerry owns Jenkins Entertainment, a filmmaking company in Los Angeles, and also the Christian Writers Guild, which aims to train tomorrow's professional Christian writers and has nearly 2,000 members worldwide.


MY REVIEW
This is an amazing book. The true story of the 9 year old girl who was killed in the Tucson tragedy last January. I was pulled in from the very first and was enthralled throughout.
The book tells of how Christina-Taylor’s parents met, fell in love and their life before Christina was born. There is a lot of back story in this book, but it really is necessary.
I found it quite interesting to hear of Roxanna and John’s story, also of the birth of their first child Dallas. The way they moved to different places and also the many trips they took.
Roxanna does most of the telling of this story, but John also shares many things. You would think a book about the death of a child would be only sad and morose, but this one is full of hope and about continuing on when you just don’t feel like it.
Roxanna tells the many different things her daughter was interested in. She loved so many people and helped those unfortunate. She was always looking for people to help and causes to support. She loved politics and was always learning.
I love to read books of life stories and this one is so excellent. I highly recommend this book. It is one that will really inspire you.

Sounds like a great book. I love true stories even if they have to come out of tragedy!

Wow, sounds like an interesting book --I think Gabrielle Giffords just released a book about her recovery also.