In Memory of Leisha Kelly 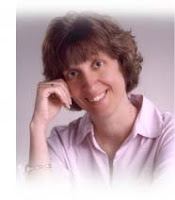 ar Fowler, Illinois. Her son, 16-year-old Justice, was also killed in the crash. Kelly, a resident of nearby Clayton, Illinois, was the author of 11 books, among them a best-selling inspirational historical fiction series centered around the Wortham and Hammond families, set in Southern Illinois. Her most recent book, The House on Malcolm Street, was published by Revell in September 2010.
Kelly leaves behind her husband K. J. and a daughter, Hosanna. Kelly home-schooled her two children and served as a children's ministry director and a youth minister at her family's church. The couple had also recently become foster parents.
Vicki Crumpton, Executive Editor for Revell, who worked with Kelly since her first book, Julia's Hope, was published in 2001 said, "I remember receiving Leisha's first proposal in 2001. I read what her age

nt sent and called him that day to ask to read more of the manuscript. When I presented the proposal to our publishing committee, the team read the proposal and a few sample chapters. The first thing people asked was, 'When can we read the rest?' And every time we received a new proposal from Leisha, people always asked, 'When can I read more?' Leisha's fans felt the same way. They always wanted to know when her next book would be out."
"Leisha Kelly was an amazing talent. More than that, she was an amazing person, loved by family, friends, and her fans. Her unique writing voice will be greatly missed," Crumpton said.
Twila Bennett, Senior Director of Marketing for Revell, remembers a story Kelly told her once. "She had a vivid memory of one of her first writing experiences that has stayed with me after all this time. She was young, it was

the year that Mount Saint Helens erupted and she had heard the news stories about how the ashes might fall on other states. She felt a story burning in her and went out to her front porch and wrote and wrote. And then, the ashes from Mount Saint Helens really did indeed begin falling on her paper like snow."
"I keep seeing that young Leisha now and look in wonderment at this girl, who overcame so much and gained the world on Tuesday with her son at her side," Bennett said.
For more information on Leisha and her books, please visit www.leishakelly.com.

Hi Wanda, After I read this post about Leisha Kelly, I got 'Julia's Hope' out of the library. My husband and I read it together and enjoyed it so much. We'll be reading the next one, too, that's for sure! :)

Hi Juanita,
She was such a super author. She will be missed. I did a review on her latest-The House on Malcolm Street.
Thanks for commenting.