The Land Tamers by Stephen Bly ~a review~

From the back cover
1870. A fugitive from Yankee justice, Confederate veteran Sandy Thompson looks for peace and solitude in the expanses of the untamed West. His quest is complicated by his reluctant business partnership with a low-down peddler named Montana Mudd, and an orphaned Indian girl entrusted to his care.

Somehow, together, the three drifters must find a home in a land where thieves, vengeful Indians, and forces of nature are constantly threatening. And the trio must finally come to grips with the sinister Yankee officer who is determined to see Sandy dead.

About the author
Stephen Bly has authored 100 books and hundreds of articles. His book, THE LONG TRAIL HOME, (Broadman & Holman), won the prestigious 2002 CHRISTY AWARD for e 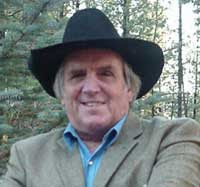 xcellence in Christian fiction in the category western novel. Three other books, PICTURE ROCK (Crossway Books), THE OUTLAW'S TWIN SISTER (Crossway Books), and LAST OF THE TEXAS CAMP (Broadman & Holman), were Christ Award finalists. He speaks at colleges, churches, camps and conferences across the U.S. and Canada. He is the pastor of Winchester Community Church, and served as mayor of Winchester, Idaho (2000-2007). He has spoken on numerous television and radio programs, including Dr. James Dobson's Focus on the Family. He is an Active Member of the Western Writers of America. Steve graduated summa cum laude in Philosophy from Fresno State University and received a M.Div from Fuller Theological Seminary. He and his wife, Janet (who is also a writer) live at 4,000 ft. elevation in the mountains of north-central Idaho, in the pine trees, next to a lake on the Nez Perce Indian Reservation. The Blys have three sons: Russell (married to Lois) and father of Zachary and Miranda, Michael (married to Michelle), and Aaron (married to Rina Joye) and father of Keaton. A third generation westerner, Steve spent his early years working on ranches and farms. In his spare time, he pursues collecting antique Winchesters (see www.tapaderaswinchesters.com) . . . and construction of Broken Arrow Crossing, a false front western village near his home.


My Review
I give this book 5 stars, but would give it much more.
How 3 unlikely people become friends, which faced
gunfights, robberies, romance, family, war and ambush. Sandy Thompson's family all died in the war and he’s going west to see last living sister, Montana Mudd befriends him on the train. After he gets hit over the head in which Mudd is a part of the reason, Mudd escapes and leaves Sandy. He then meets famous No Neck Mowery in the wilderness, he has a daughter half Indian, then there is an ambush, No Neck dies, Sandy must take Mowery, No Necks daughter to the missionary school. Meets up with Mudd again, has Indian fights, finally showdown with Yankee officer. Runs from his past, but it always catches up with him. Sandy then meets his friend from his childhood who is a sheriff now.
The overall message is inspiring and it tells us not to ever give up in our dreams. Things happen and we find we’re not going the way we thought we should but God always knows where we are going and why.
It was very entertaining and I couldn’t wait to see what happened next. It’s a book you will want to finish in one setting. I would highly recommend this book to everyone who loves westerns, fighting the odds, romance and not giving up.
I always like to look in the book to see where the title comes in. This book to me it seems like it took all kinds of people from all walks of life to tame the land. No matter who we are we are all important and play a role in life.
The Land Tamers is very suspenseful at times like the stampeding cattle, the Indian fight to win Mowery and the ending of the book, which you don’t want to miss.
Epilogue has facts about people from the story. Really interesting and informative. You will absolutely want this book for your collection.

I've been a member of Steve and Janet's yahoo group for years and they are just like family. I've never known two sweeter people.

Order book from Bly Books here
Amazon
Barnes and Noble
This book was given to me by the author for review purposes.

Great review. Made me want to RUN to get the book. Thanks!

Of course I think ALL of Stephen and Janet Bly's books are magnificent and worth reading....your review certainly says it all...EVERYONE NEEDS TO READ Land Tamers. Thanks much. Blessings, Connie Sue