A Review-Living With No Excuses by Noah Galloway

ABOUT LIVING WITH NO EXCUSES
Military hero and beloved Dancing with the Stars alum Noah Galloway shares his life story, and how losing his arm and leg in combat forced him to relearn how to live--and live to the fullest.

Inspirational, humorous, and thought provoking, Noah Galloway's LIVING WITH NO EXCUSES sheds light on his upbringing in rural Alabama, his military experience, and the battle he faced to overcome losing two limbs during Operation Iraqi Freedom. From reliving the early days of life to his acceptance of his "new normal" after losing his arm and leg in combat, Noah reveals his ambition to succeed against all odds.

Noah's gripping story is a shining example that with laughter, and the right amount of perspective, you can tackle anything. Whether it be overcoming injury, conquering the Dancing with the Stars ballroom, or taking the next steps forward in life with his young family - Noah demonstrates how to live life to the fullest, with no excuses. 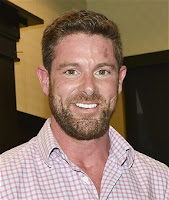 ABOUT THE AUTHOR
Sergeant Noah Galloway was assigned to the first of the 502nd Infantry Regiment of the 101st Airborne Division during Operation Iraqi Freedom. Three months into his second tour of duty, he experienced a life-changing injury. After a long stint in recovery and rehabilitation, Galloway became a motivational speaker and fitness activist. A father of three, He currently resides in Alabaster, Alabama.


MY REVIEW
Living With No Excuses by Noah Galloway is a very intense, realist book. It shows how you can overcome the most horrible tragedies if you don’t give up. How you can live life and be happy.
I love to read Biographies of people that have been through horrible things and how much they have suffered and still made it out of the pit of despair.
Noah Galloway lost his arm and leg in combat. He almost died, but he fought back. Noah also was a very depressed person at first and all he did was drink. Then Noah was inspired to exercise and get into a fitness business.
Besides though positive things you will see Noah’s journey through three relationships and how they failed, but he loves his children and cares for them almost daily.
I did like this book and think you will if you like to see a person strive to do things that most people wouldn’t do. I recommend this book.