If I Run by Terri Blackstock A Review

ABOUT IF I RUN
Casey knows the truth. But it won’t set her free.


Casey Cox’s DNA is all over the crime scene. There’s no use talking to police; they’ve failed her abysmally before. She has to flee before she’s arrested . . . or worse. The truth doesn’t matter anymore.


But what is the truth? That’s the question haunting Dylan Roberts, the war-weary veteran hired to find Casey. PTSD has marked him damaged goods, but bringing Casey back can redeem him. Though the crime scene seems to tell the whole story, details of the murder aren’t adding up.


Casey Cox doesn’t fit the profile of a killer. But are Dylan’s skewed perceptions keeping him from being objective? If she isn’t guilty, why did she run?


Unraveling her past and the evidence that condemns her will take more time than he has, but as Dylan’s damaged soul intersects with hers, he is faced with two choices: the girl who occupies his every thought is a psychopathic killer . . . or a selfless hero. And the truth could be the most deadly weapon yet. 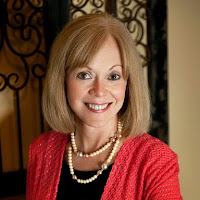 ABOUT THE AUTHOR
Terri Blackstock has sold over seven million books worldwide and is a New York Times bestselling author. She is the award-winning author of Intervention, Vicious Cycle, and Downfall, as well as such series as Cape Refuge, Newpointe 911, Sun Coast Chronicles, and the Restoration Series. Visit her website at www.terriblackstock.com.

MY REVIEW
If I Run by Terri Blackstock is such an brilliant novel. Those of us who love to read will read from seasoned authors to newbie’s, but if you want to read a novel written by someone who is beyond all others read Terri Blackstocks books. She is far ahead of all of the others.
In If I Run the characters are so well developed and the way she describes things just makes it feel like you are right  there.
Casey finds her very good friend dead and that’s not the first time she has come upon someone who was murdered. Since she was young when she saw her dad hanging no one will believe her that he was murdered and didn’t commit suicide.
So Casey flees, because she knows she will be blamed for this murder, because someone is trying to frame her.
You will really be amazed at how she eludes the police and the things she has to go through. She so much wants to tell someone who will listen to her what really happened, but no one believes.
None of Casey’s friends or family think she committed the murder, because she is such a sweet, loving, caring person.
Dylan has been hired to find her. He was a friend of the murdered victim and just came out of the war. He knows how to find people. He investigates her friends, family and he starts to have doubts.
It’s amazing at how this novel ends and I loved it and can’t wait for book two. I very highly recommend If I Run by Terri Blackstock. An author worth reading.

When I first began reading this book, the first person view bothered me. Once I became comfortable with it, the story flew by. I am looking forward to the next book in the series.