ABOUT CALLED FOR LIFE
“Kent, bud. We got your test result.  And I’m really sorry to tell you that it is positive for Ebola.”

Dr. Kent and Amber Brantly moved with their children to war-torn Liberia in the fall of 2013 to provide medical care for people in great need—to help replace hopelessness with hope. When, less than a year later, Kent contracted the deadly Ebola virus, hope became what he and Amber needed too.

When Kent received the diagnosis, he was already alone and in quarantine in the Brantly home in Liberia. Amber and the children had left just days earlier on a trip to the United States. Kent’s personal battle against the horrific Ebola began, and as thousands of people worldwide prayed for his life, a miraculous series of events unfolded.

Called for Life tells the riveting inside story of Kent and Amber’s call to serve their neighbors, as well as Kent’s fight for life with Ebola and Amber’s’ struggle to support him from half-a-world away. Most significantly, Called for Life reminds us of the risk, the honor, and the joy to be known when God and others are served without reservation. 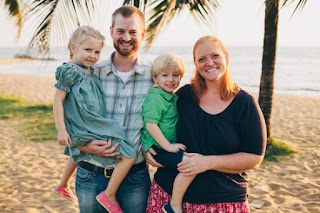 AUTHORS KENT-AMBER BRANTLY
Dr. Kent Brantly, accompanied by his wife Amber and family, served as medical missionaries in Monrovia, Liberia, with World Medical Mission, the medical arm of Samaritan’s Purse. Both Kent (BA in Biblical Text) and Amber (BS in Nursing) are graduates of Abilene Christian University.  Dr. Brantly received his Medical Degree from Indiana University School of Medicine. He also completed his Family Medicine Residency and Fellowship in Maternal Child Health at John Peter Smith Hospital in Fort Worth, Texas. After contracting the Ebola virus in summer 2014, Dr. Brantly was evacuated to Emory University Hospital in Atlanta, Georgia, where he recovered and was later reunited with his family. Now serving as the Medical Missions Advisor for Samaritan’s Purse, Dr. Brantly, Amber, and their two children are based in Texas.

CO AUTHOR
David Thomas, author/co-writer of nine books, has collaborated on two New York Times bestsellers: "Wrestling for My Life" with Shawn Michaels and "Foxcatcher" with Mark Schultz. "All In" with Gene Chizik was a Wall Street Journal national bestseller.

David's most recent book to release is "Called for Life: How Loving Our Neighbor Led Us into the Heart of the Ebola Epidemic" with Dr. Kent and Amber Brantly (July 21, 2015/WaterBrook Press).

His other books are "Remember Why You Play," "SEAL of God" with former US Navy SEAL Chad Williams, "Impact Player" with New York Yankees legend Bobby Richardson, "I Still Believe" with Jeremy Camp, and "First: What It Takes to Win" with CrossFit Games champion Rich Froning.

David spent almost three decades in journalism, most recently as a senior writer and sports humor columnist for the Fort Worth Star-Telegram. There, his work was honored nationally by the Associated Press Sports Editors and he received the McClatchy Company President's Award for excellence in journalism. David also worked for The Dallas Morning News. A lifelong Texan and graduate of the University of Texas at Arlington, he lives near Fort Worth, Texas.

“Dr. Kent Brantly is responsible for one of the worst weeks of my life. When I told
him that, he smiled and said, ‘It wasn’t that great for me either!’ But Kent gives
God the credit for saving his life and surviving the deadly Ebola virus that infected
him while serving others in the name of Jesus. Dr. Brantly and his wife, Amber,
went obediently to Liberia to serve with Samaritan’s Purse as medical missionaries,
and were the recipients of prayers from around the world as they battled an attack
that threatened their future. The world watched as Kent was successfully trans ported back to the United States from Africa. International media outlets captured
his every step as he walked from the ambulance into Atlanta’s Emory University
Hospital, where he found physical restoration—a miracle from God. You will be
riveted by this extraordinary couple who are called for life to serve the Lord Jesus
Christ—the Great Physician!”  —Franklin Graham, president and CEO, Samaritan’s Purse
and Billy Graham Evangelistic Association


MY REVIEW
Called for Life, the true story of the Ebola epidemic and how Kent Brantly got it and how he recovered.
This is a very interesting book and I’m so glad I got to review it.
You will read how Kent and Amber met, how they came to live in Liberia and the many things they went through with other contacted Ebola and then the struggle Kent had with Ebola. It’s just amazing how God spared his life.
We really don’t realize all of the hardships other countries face. They don’t have the medical advances Americans have, they don’t have the simple and standard medical equipment needed to run a hospital. Like the simple plastic tubing they use to put in the nose to give oxygen to patients, the hospital only had three, where in America they use them one time and throw them away. Also not many drugs to treat the sick and many, many other supplies.
Kent made sure everyone suited up properly and didn’t come in contact with the sick they suspected had Ebola.
The Lord really watched out for Kent’s family. They were all scheduled to go back to the states to go to a family wedding, but Kent had to stay for a short time. Amber and the children never came in contact with him when he got Ebola.
This is a moving, spirit filled, awesome story of how a man follows Jesus even when things go wrong and even when he is so close to death.
Every bit of this book is spectacular and full of inspiration. I highly recommend it.

Thanks to WaterBrookMultnomah for providing this book for review. I was not required to write a positive review. The opinions I have expressed are my own. I am disclosing this in accordance with the Federal Trade Commission's 16 CFR, Part 255