The Hiding Place A Review

ABOUT THE HIDING PLACE
"Every experience God gives us . . . is the perfect preparation for the future only He can see."--Corrie ten Boom

Corrie ten Boom was a Dutch watchmaker who became a heroine of the Resistance, a survivor of Hitler's concentration camps, and one of the most remarkable evangelists of the twentieth century. In World War II she and her family risked their lives to help Jews and underground workers escape from the Nazis, and for their work they were tested in the infamous Nazi death camps. Only Corrie among her family survived to tell the story of how faith ultimately triumphs over evil.

Here is the riveting account of how Corrie and her family were able to save many of God's chosen people. For 35 years millions have seen that there is no pit so deep that God's love is not deeper still. Now The Hiding Place, repackaged for a new generation of readers, continues to declare that God's love will overcome, heal, and restore. 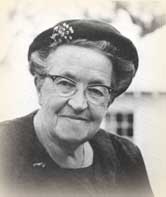 ABOUT CORRIE TEN BOOM
Cornelia "Corrie" ten Boom (15 April 1892 – 15 April 1983) was a Dutch Christian who, along with her father and other family members, helped many Jews escape the Nazi Holocaust during World War II. She was imprisoned for her actions. Her most famous book, The Hiding Place, describes the ordeal. 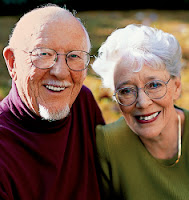 ABOUT ELIZABETH AND JOHN SHERRILL
Elizabeth ("Tib") Sherrill has published some 2000 articles and authored more than 30 books, with sales in excess of 60 million. Book titles, many co-written with her husband John, include The Hiding Place, The Cross and the Switchblade, God's Smuggler, They Speak with Other Tongues, and Return from Tomorrow.  For over sixty years, Elizabeth has been a writer and editor for Guideposts Magazine.John and Elizabeth met aboard ship on their way to Europe and were married in Switzerland in 1947.  In 1970, they founded a publishing company, Chosen Books,* dedicated to developing new  writers.  Their first title was Born Again by Charles Colson. The Sherrills' work has taken them on year-long assignments in Africa, South America and Europe, as well as numerous trips to the Near and Far East, and to each of the 50 US states.  Elizabeth has taught writing workshops on five continents.  Their writing still keeps them on the road, here and abroad, about half the time.  The Sherrills have three children, eight grandchildren and three great-grandchildren and are occasionally at home in Hingham, Massachusetts.

MY REVIEW
I’ve never read The Hiding Place by Corrie Ten Boom before, but heard so much about it. So I was greatly overjoyed to receive this copy and be able to read it for myself. It’s a youth reader’s edition and I know that any young person or older alike would love this book.
It tells of the hope and faith that Corrie and her sister Betsie had and how they overcame all of the horrible obstacles in their way. I just love to read how God answered their prayers and how He gave them hope and courage.
One of my favorite parts was how they smuggled their Bible into the prison camp and they were never caught.
Also another favorite part was how Betsie got everyone to praise God because they had fleas in their prison. That is what kept the guards from coming in to search the ladies belongings. At the time when they were praising God for the fleas they didn’t know that was why the guards never came in. What a blessing.
After Corrie was released {another miracle} she went on to have homes set up with lots of gardens to help the people after they got out of the prisons. A place to heal.
Highly recommend this wonderful book.

I received my free copy from Chosen a division of Baker Publishing Group for my review. I was not required to write a positive review. The opinions I have expressed are my own. I am disclosing this in accordance with the Federal Trade Commission's 16 CFR, Part 255

Corrie Ten Boom's book is an important one for everyone to read. I am so glad you had the opportunity to read it. Blessings, Connie Sue