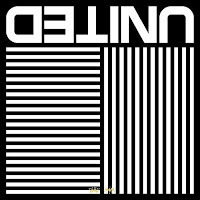 ABOUT UNITED
Hillsong UNITED's next project EMPIRES follows 2013's ZION, the group's most successful and fastest selling album to date, selling over 400k units, and includes the Platinum selling single, Oceans. With over 1.7 million albums sold, and over 30 million people singing their songs every Sunday, UNITED has set a precedent in the church that will only grow with the impact of EMPIRES. The debut single from EMPIRES, Touch the Sky, premiered worldwide on Amazon and radio March 24.

Check them out on tour this summer: http://outcrytour.com/


MY REVIEW
Hillsong United’s new album is called Empires. It features 12 songs and they seem to all be quite soft. Not your typical praise and worship songs. To me it’s really doesn’t stir up much emotion. I know songs don’t have to be emotional to be good. I like the more fast paced praise and worship music that is loud.
Don’t get me wrong this album is sweet and quiet. It will be nice as background music or something that will soothe you as you sleep.
Nice songs for you to enjoy and to sing along with.

“Disclosure (in accordance with the FTC;s 16 CFR, Part 255: “Guides Concerning the Use of Endorsements and Testimonials in Advertising”) : Many thanks to Propeller Consulting, LLC for providing this prize for the giveaway. Choice of winners and opinions are 100% my own and NOT influenced by monetary compensation. I did receive a sample of the product in exchange for this review and post.

Contest is only open in the U.S. and Canada void where prohibited. Chances of winning are based on the number of entries and winner is draw from a non-biased third party- Random.org.  ENTRY DEADLINE  June 7, 2015

Only one entrant per mailing address, per giveaway. If you have won the same prize on another blog, you are not eligible to win it again. Winner is subject  to eligibility verification.”

So excited for a chance to win. Love them!

Awesome you are making this CD available. Sometimes softness can touch our senses...we all have days when that just hits the spot! Blessings, Connie Sue
csthankful(at)midrivers(dot)com)

I think it would be a nice worship CD to have because I enjoy a mix of quiet and more fast paced Christian music. I have not heard this group before but it is one that I would like to hear. marg kitc 19 at yahoo dot ca

I am a network follower, a gfc friend with the shopping bag logo and I receive your emails all the time. TIA marg

I would love to win this CD. I am a fan of softer praise music. I am already a subscriber.
Onisha Ellis alytwo2(at)yahoo(dot)com

My brother and I LOVE hillsong!!! My favorite song of theirs has to be Lead Me To the Cross. yarbr012 at gmail dot com Name: Natalie

Sounds like a great cd! I've never heard their music before.