HARBOR OF THE HEART by Katherine Spencer a review

ABOUT HARBOR OF THE HEART

Like the seashells that show up on the beaches, the people of Angel Island arrive from many places and with varied pasts. Yet they all find a safe harbor there…and the gift of hope.

Liza Martin and Daniel Merritt are closer than ever. She alone knows that he gave up his medical practice because he blamed himself for endangering a patient. But she is completely shocked to hear that Daniel is now considering returning to a medical career…which may mean leaving Angel Island—and Liza.

Daniel struggles to make this decision, but they are both put to the test when a sailor wrecks his boat in a vicious storm. Liza witnesses Daniel’s medical skills firsthand and finally understands why she must let him pursue his career. If only that didn’t mean sacrificing the love of her life…

The sailor, Nolan Porter, survives thanks to Daniel’s skill. But moments earlier he had considered ending his life due to losing his career and his family. Still, no matter how desperate he feels, the residents of Angel Island will not let him give up. Over the course of the summer, Nolan’s tragedy becomes a blessing. And what better way to celebrate than to share one’s blessings with others.

Thomas Kinkade, creator of the Angel Island series and the Cape Light series, emphasized simple pleasures and inspirational messages through his art. Thom believed that both the ability and the inspiration to create his paintings had been given to him as a gift. His goal as an artist was to touch people of all faiths and to bring peace and joy into their lives through the images he created. 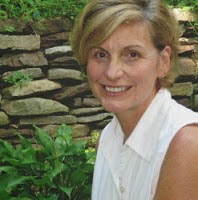 New York Times bestselling author Katherine Spencer was a fiction editor before turning to a full-time career as a writer. The author of more than thirty books, she also writes the Cape Light series, as well as the Black Sheep Knitting Mysteries under her real name, Anne Canadeo. She lives with her husband and daughter in a small village on the Long Island Sound. Outside of her office, she is active in many community charity projects.

MY REVIEW
Harbor of the Heart by Katherine Spencer is book 5 in the Angel Island series. I’ve read almost all of this series and totally love this one. I wasn’t asked to review it, but got it from the library.
It tells of the continuing love story of Liza owner of the Inn at Angel Island and Daniel former handy man but now wants to get back into medicine. Things are going so well for these two and than disaster strikes. How can they have a marriage and live so far apart.
Also at the beginning of the story Nolan appears in a ship wreck that Daniel helps to save. Nolan and Claire, cook, housekeeper and friend, become very close friends, even though Nolan and Claire are from very different backgrounds.  So love is all around the Inn.
I don’t want to tell you to much about this story so I will leave it at that, but this book is very worth reading. It will keep you up late into the night.
Really loved Harbor of the Heart and highly recommend this new, interesting story.

This is a book I got at the library and no one asked me to review it.

I love this series!!
Onisha Ellis