A Table by the Window by Hillary Manton Lodge A REVIEW 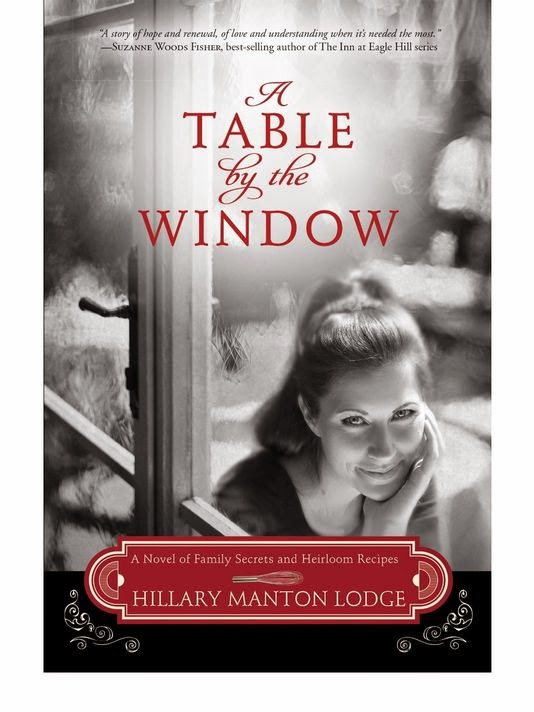 The youngest heir to a French-Italian restaurant dynasty, food writer Juliette D’Alisa has spent her life negotiating her skill with words and her restaurant aspirations. When her brother Nico offers her a chance to open a restaurant together, she feels torn—does she really have what it takes? Should she risk leaving her journalism career?

After the death of her grandmother, Juliette discovers an antique photograph of a man who looks strikingly like her brother. As the truth behind the picture reveals romance and dark secrets, Juliette struggles to keep the mystery away from her nosy family until she can uncover the whole story.

Inspired by her grandmother’s evolving story, Juliette resolves to explore the world of online dating. To her surprise, she finds a kindred spirit in Neil McLaren, a handsome immunologist based in Memphis, Tennessee. With a long-distance relationship simmering, Juliette faces life-shifting decisions. How can she possibly choose between a promising culinary life and Neil, a man a world away in more ways than one? And is it possible her Grandmother’s story can help show the way?

ABOUT THE AUTHOR
Hillary Manton Lodge is the author of A Table by the Window, Plain Jayne, a Carol Award Finalist, and Simply Sara, an ECPA Bestselling book. A graduate of the University of Oregon's School of Journalism, Hillary discovered the world of cuisine during an internship at Northwest Palate Magazine. A storyteller at heart, in her free time she enjoys experimenting in the kitchen, watching foreign films, and exploring her most recent hometown of Portland, Oregon. She shares her home with her husband, Danny, and their Cavalier King Charles Spaniel, Shiloh.


MY REVIEW
A Table by the Window by Hillary Manton Lodge is an O.K. book. The first five chapters in my opinion are very boring. I was very glad that in the sixth chapter things started to pick up. If they didn’t this book would have taken me a very long time to read.
Another thing I didn’t care to much for in this book is all of the talk about food and the parts with the different language. I think the author could have put a page in the front or back to explain what the different language meant.    Almost every single page talks about food, eating and restaurants. Maybe if you love food you would enjoy this book.
Juliette was an O.K. girl, but just didn’t have it all together and she was quite fickle, but Neil is what saved the book. He was an upright, all together kind of guy. He just seems like he is calm and knows what he wants in life.
So  even though I’ve said all of that I still think this book is worth reading. Also you will find many recipes at the end of the chapters. I’m going to try one, but not interested in most.

Thanks to WaterBrookMultnomah for providing this book for review. I was not required to write a positive review. The opinions I have expressed are my own. I am disclosing this in accordance with the Federal Trade Commission's 16 CFR, Part 255

I love books about food, so I've added this one to my reading list. Appreciate the honest review!