If the Shoe Fits BY Sandra D. Bricker A REVIEW

Julianne used to believe in fairy tales; she's been watching for Prince Charming to come charging in on his white steed ever since the day her mother read her Cinderella for the first time. But she's never come close to finding the perfect man-instead she's always tripping over her childhood best friend, Will. And who finds their Prince Charming on a 10-speed bicycle on the other side of the cul de sac? Well... Julianne does. Only she doesn't have a clue.
She and Will are attorneys now, and they've joined up in private practice in a beautiful Cincinnati office building that overlooks the Ohio River. And then one day Julianne is on her way to court, and runs right smack dab into Prince Charming. But when she looks again, all she finds is a metaphoric sign she is certain came straight from Heaven: The Prince's toolbox has fallen off the back of his truck, and a work boot along with it. What better way for God to grab the attention of a Cinderella-in-training than to show her a glass slipper...errrr, work boot?...waiting to be reunited with its owner?
So she sets out to track down the mysterious Prince Charming. He's the most gorgeous guy she's ever seen...and a caring animal rescuer, too. Surely he must be the soul mate God has prepared her for.
But, Julianne's prince is starting to look less and less charming all the time. No matter how she tries to romanticize him, he just keeps tumbling down off that dumb pedestal. And with the Bar Association dinner coming up that will honor her for her outstanding charity work over the year, Julianne wants so much for her friends and colleagues to see her with someone besides her best friend Will. To make matters worse, Prince Charming has no designs on wearing a penguin suit and attending a stuffy old dinner. With her pride pressing in on her like sticks from a cactus, Julianne sinks to the bottom of the proverbial barrel and actually offers to pay Paul to be her date.
Julianne is on a collision course with God's perfect plan for her life...if only she could open her eyes and see it before it's too late. 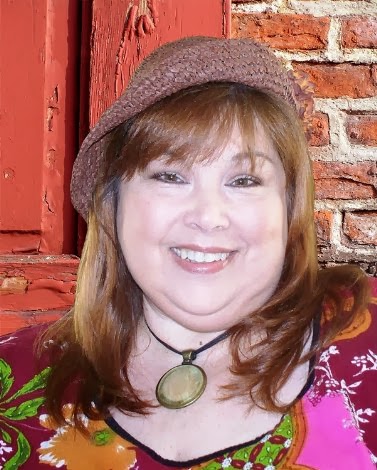 ABOUT THE AUTHOR
"I'm going to be a writer when I grow up!" Sandra D. Bricker declared these words to her father on a Sunday afternoon in Slidell, Louisiana. She was 5 years old, and was referring to being able to string her cursive letters together to write her full name for the first time, but the declaration proved somewhat prophetic.

By the time she reached high school and her first article was published in The Cincinnati Enquirer, Sandie knew writing was what she wanted to do. For more than a decade, Sandie lived in Los Angeles and, while writing in every spare moment, she studied screenwriting and worked as a personal assistant and publicist to some of daytime television's hottest stars. When her mother became ill in Florida, she walked away from that segment of her life and moved cross-country to take on a new role: Caregiver.

"I guess most people would see my career as a publicist as a sort of dream job. But giving it up turned out to be the best thing that could have happened to me!" she declares. "Not only was I given the gift of getting to know my mother as an adult woman before she passed away, but I was also afforded the blessing of being able to re-focus on writing novels in an effort to pursue my dream of a writing career."

That career weaves a web that draws in every age of reader. Sandie's interest in telling a story knows no boundaries. Three novels for middle readers carved out the beginning of the journey; then Avalon Books followed up with two hardbound romance novels in 2001: unWANTED: Husband (romantic comedy) and Change of Heart (romantic suspense). The response was tremendous, and Sandie was asked to pen a sequel to Change of Heart ... and so Sins of the Past was released in December 2003. Next up was another romantic comedy; Wish I Weren't Here was released in February 2005.

"I'm a Christian woman, first and foremost," she says. "So the last couple of years has been a bit of a dream-come-true. Summerside Press chose me as one of two authors to launch their new Love Finds You line in October 2008 with Love Finds You in Snowball, Arkansas, a romantic comedy for the inspirational market. So the best of all worlds, as far as I'm concerned!"

More hilarity continued to follow from this award-winning author.

Future books will include sequels, The Big 4-OH! and The Big 3-OH! for Abingdon Press.

After spending nearly 15 years dealing with her celebrity clients' fans, Sandie finds it amusing that she is suddenly the one getting fan mail! "When people were actually buying my books at a recent signing, I found myself wanting to go around and invite them all to dinner or offer to bake them cookies. Hey! In fact ... maybe I'll do that very soon."

MY REVIEW
If the Shoe Fit’s a Contemporary Fairy Tale by Sandra D. Bricker is a fun, frolicking modern day story. Julianne and Will are attorneys and best friends. She is always looking for her Prince Charming, but can’t see Will as him since she has known him forever. Will has loved Julianne since forever, but doesn’t tell her.
So with this story line they have many adventures and quite a bit of heart ache. Also lots of humor thrown in. I really love this story. When she sees a man on the highway save a dog from death she “falls in love.” Then when he drops his toolbox and work boot she has to find him. Enjoyed the book and characters. So will you. If you are looking for a light-heart
ed, tender love story you will love this one. Highly recommend.