ABOUT KING'S FAITH
Eighteen foster homes. Nine arrests. One life-changing moment.
After Brendan King's life spiraled to rock bottom, the teen found hope in a new relationship with Christ while serving time in a juvenile penitentiary. Recently released from prison, Brendan finds solace in the foster home of a couple struggling with suppressed grief. As the city-bred teen enrolls at a suburban high school, his support comes from a group of believers. Yet the bonds of his old way of life—and the gang that wants to know where he hid their stash on a long-ago night—are strong.

In his darkest moment, Brendan found faith. Now he must decide if it's worth the price to hold on to it. Available now on DVD from Provident Films, KING'S FAITH stars Emmy Award winner Lynn Whitfield, along with Crawford Wilson, Kayla Compton, and James McDaniel. 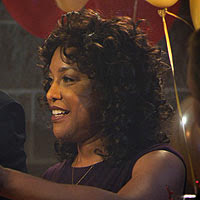 Lynn Whitfield (Vanessa), one of the most respected members of the African American acting community, is an Emmy Award-winning actress who is well known for the authenticity she brings to her portrayal of women from all walks of life. She vaulted to international fame in the 1991 HBO biopic "The Josephine Baker Story," portraying the legendary Civil Rights fighter. Her performance earned an Emmy Award as "Outstanding Lead Actress in a Special or Miniseries." After taking some time off for her greatest role, mother to daughter Grace with Josephine Baker director and former husband, the late Brian Gibson, Whitfield starred opposite Bill Cosby in "The Cosby Mysteries" (NBC, 1994). Lynn has won five NAACP Image Awards and four nominations for her work in film and television, including "Redemption: The Stan Tookie Williams Story" (2004) co-starring Jamie Foxx. She attracted a new generation of fans in two of the Disney Channel's highest-rated movies, "The Cheetah Girls" (2003) and "The Cheetah Girls 2" (2006). Other select feature film roles include the Chris Rock vehicle, Head of State (2003); Tyler Perry's Madea's Family Reunion (2006); Mama I Want To Sing (2008), a remake of the off-Broadway musical; Kings of the Evening (2008); The Rebound (2010); and Things Fall Apart (2011), produced by and co-starring rapper-actor 50 Cent. She stars as Vanessa in KING'S FAITH, a faith-based film centered on the values of faith and family. 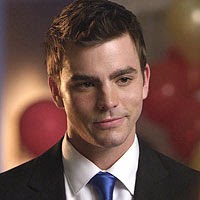 Before he decided to focus on acting, Crawford Wilson (Brendan) was nationally ranked in tennis and a Wilhelmina model. The acting bug took over at age twelve, and he moved to New York City from his family's home in Memphis to pursue his dream of being on the big screen. He later moved to Los Angeles where he landed his first big job: a recurring role CBS's "Judging Amy, playing the boyfriend of Amy's daughter. Crawford's voiceover career took off as well, beginning with the role of young Rodney (Ewan McGregor) in the Fox animated film Robots. Today Crawford continues his voiceover work with recurring roles on hit cartoon shows like "Avatar" and "Batman." Recently television credits include the lead role of Dwayne Dill in the Disney Channel movie, "Hatching Pete." He just completed filming for an NBC movie, "Secrets of the Mountain," playing the lead role of Jake. 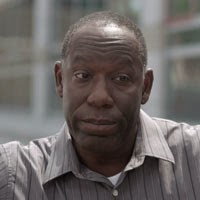 Award-winning actor James McDaniel's (Mike) career has spanned more than three decades. He is best known for his role as Lt. Arthur Fancy (for which he won both Peabody and Screen Actor's Guild awards) on the long-running television show, "NYPD Blue." James won both an Emmy Award and a Peabody Award for "Edge of America," a Showtime movie that he also produced. Other television shows include "Hill Street Blues," "LA Law," "Cop Rock," and "Detroit 187." He also was in mini-series from Alex Haley ("Queen") and Steven Spielberg ("Taken"). His film roles include Sunshine State, Malcolm X, and The Road to Galveston. A stage veteran, James recently returned to New York in a successful run of an adaptation of Carson McCullers' "The Heart is a Lonely Hunter." He also appeared in a new play by Pulitzer Prize winning author Suzan-Lori Parks, "Father Comes Home from the Wars." His most notable previous stage productions include "A Soldier's Play," "Before It Hits Home," and "Six Degrees of Separation." 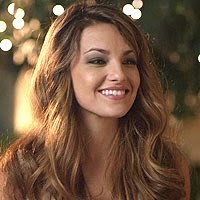 Kayla Compton (Natalie) moved to Los Angeles to pursue her longtime dream of acting and singing. She quickly had success and played Monica on the HBO hit, "Entourage." She also appeared on TNT's "Perception." In KING'S FAITH, she plays Natalie, the popular high school cheerleader with a past she is trying to hide. Raised in Jacksonville, Florida, Kayla has wanted to be a performer since she was a young girl. Singing was her main passion until her drama teacher in high school told her she should really look into acting, a craft she quickly fell in love with. 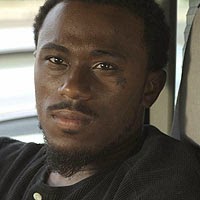 Brandon Correa (Eli)  spent most of his life (from ages 4-18) in foster care and group homes. The trials and difficulties he faced would later become his motivation to pursue the arts and allow him to connect to his first major acting role as Eli in KING'S FAITH. While he is new to the acting world, Brandon is an entertainer who spends much of his time writing lyrical music and performing hip hop and rap music.


MY REVIEW
King’s Faith on DVD is an excellent movie full of action, suspense, faith and love. It tells a story of Brendan who had no family and got involved in a bad life with many bad decisions.  In was in and out of many foster families and finally got put in a juvenile penitentiary. While there he became a Christian. When he gets out he has his last chance.
Friends from  Brendan’s past look him up and try to get him to become involved again. They try to pressure  Brendan by going after his new friends.
What will become of him and his faith now that he’s out?
This is a very entertaining DVD and full of action. It captured my young adults attention and they really enjoyed it.  A really nice movie to watch with the whole family. Even though it is a Christian film the acting and scenes are very professionally done.
King’s Faith tells us that with Jesus we have second chances and life can be good and fulfilling. You don’t have to be angry all of the time or out to get everyone. I highly recommend King’s Faith.

Order from either of these places
Original Site

“Disclosure of Material Connection: I received one or more of the products or services mentioned above for free in the hope that I would mention it on my blog. Regardless, I only recommend products or services I use personally and believe will be good for my readers. I am disclosing this in accordance with the Federal Trade Commission’s 16 CFR, Part 255: “Guides Concerning the Use of Endorsements and Testimonials in Advertising.”

Contest is only open in the U.S. and void where prohibited. Chances of winning are based on the number of entries and winner is draw from a non-biased third party- Random.org.  ENTRY DEADLINE NOVEMBER 4, 2013

thanks for the chance to watch this wonderful film.

i'm a email subscriber & follower, too.

It's worth the price, Brendan. Hold on! I would like to win this DVD! Thank you for your overview of it.
Kathleen ~ Lane Hill House
lanehillhouse[at]centurylink[dot]net

I am a Google Friend Connect friend. I see my little window up there with the little brown hearts hanging down!
Kathleen ~ Lane Hill House
lanehillhouse[at]centurylink[dot]net

I am a follower of your blog. I receive notice of your posts by e-mail. Kathleen ~ Lane Hill House
lanehillhouse[at]centurylink[dot]net

I am a Networked Blog Follower ~ I see my photo there. Kathleen ~ Lane Hill House
lanehillhouse[at]centurylink[dot]net

I always love reading your reviews. This movie sounds excellent. I am excited that more Christian based movies are being made available to us. This would be a great one to win!!! Blessings, Connie Sue csthankful(at)midrivers (dot) com

This sounds like a great movie for the whole family. Thank you for your review and thanks for offering this opportunity to win a copy. I am already a follower of your blog. Here is my email address: rechanjo@yahoo.com. Blessings!

I would love to win this movie. It has such a extensive story line. Thanks for the chance to win. ybutler@oppcatv.com

I am a subscriber by email. Thanks for the extra entry. ybutler@oppcatv,com

Would love to watch this! janemaritz at yahoo dot com