ABOUT CONGO DAWN
While former Marine lieutenant Robin Duncan is no stranger to corruption or conspiracy, she has always been able to tell the good guys from the bad, and the Congo jungle at first seems no different. But as her security team tries to track down an insurgent killer, Robin has to face a man who broke her trust years ago, and she discovers the gray areas extend farther in this jungle wilderness than she anticipated.

A ruthless global conspiracy begins to surface, run by powerful men who can’t afford to leave any witnesses. Her life at stake, Robin doesn’t know who to trust and wonders how she can help protect innocent people. Why is God silent amid all the pain and injustice? And how do these people of faith continue to rejoice in their suffering? 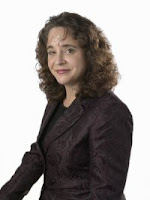 ABOUT JEANETTE WINDLE
As child of missionary parents, award-winning author and journalist Jeanette Windle grew up in the rural villages, jungles, and mountains of Colombia, now guerrilla hot zones. Her detailed research and writing is so realistic that it has prompted government agencies to question her to determine if she has received classified information. Currently based in Lancaster, PA, Jeanette has lived in six countries and traveled in more than thirty on five continents. Those experiences have birthed 16 international intrigue titles, including bestselling Tyndale House Publishers release Veiled Freedom, a 2010 ECPA Christian Book Award and Christy Award finalist and sequel Freedom's Stand, a 2012 ECPA Christian Book Award and Carol Award finalist and 2011 Golden Scroll Novel of the Year finalist. Check out author interviews, reviews, and more at Jeanette's website: www.jeanettewindle.com

MY REVIEW
Congo Dawn by Jeanette Windle is a fairly good book.  The characters were well described and enjoyable, but I didn’t find the many facts and figures very interesting. I think the many facts of the country and fighting took away from the story. I like a book with more dialogue. At parts of the describing of the facts I skimmed over some of it, because it went on for quite a while.
I found the characters Robin and Michael very good, strong characters.  I really would have enjoyed this story if it weren’t so factual. I really don’t recommend you read this book unless you like and enjoy hearing about the country and all of the facts of certain people and regions.


Thanks to Tyndale House Publishers for providing this book for review. I was not required to write a positive review. The opinions I have expressed are my own. I am disclosing this in accordance with the Federal Trade Commission's 16 CFR, Part 255