ABOUT HEART OF THE HIGHRIDERS
Imagine living in a fantasy world without magic, a world that knows nothing of sorcery nor of a wizard's quick solutions -- a world where one never encounters talking beasts, invincible swords, glowing rings or all-seeing eyes. What would it be like to behold such a world through the mind of those for whom the realm of the spirit is a closed book, and only that which meets the eye can be taken into account? In such a world powers of evil go unrecognized, and thus work their harm, until the spiritual Source of righteousness is revealed. Such is the world of Heart of the Highriders. Co-written by Richard C. Leonard and Charity R. Silkebakken, this Medieval-flavored 412-page epic adventure includes an Afterword, Glossary and Map.


ABOUT THE AUTHORS
Richard C. Leonard is a Congregational minister living in western Illinois. He holds the P 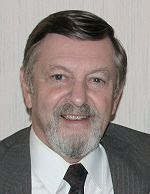 h.D. in Biblical Studies from Boston University and has taught at the college and graduate level. Dr. Leonard’s first novel, Silence of the Drums, was published by Xulon Press in 2005, and his third novel, New America, by Lampstand Books in 2009. Among other publishing credits he was the “ghost writer” of A Theological Miscellany (Thomas Nelson, 2005) under the pseudonym T. J. McTavish. Laudemont Ministries is Dr. Leonard’s teaching ministry. He is the publisher of WestWard Quarterly, a poetry magazine edited by his wife Shirley Anne Leonard.

rsity, Mrs. Silkebakken suspended her career in computer technology to concentrate on being full-time mother of Miriam and Mark. This is the first joint novel by this father-daughter team.


MY REVIEW
This book is really different than most I read, but it was a good book. It’s about a fantasy world, but you won’t find any magic or sorcery in it, which is a relief to me. The use of different words for common things and the names of the people will convince you that you are in another world. The main character Bilgash is a true gentleman who looks out for the good of others. He doesn’t hesitate to help someone who is struggling or someone that is a slave. He is always there for people.
Go along with Bilgash as he finds the riddle of the stones.
In the back of the book you will find two maps of this fantasy world also many words that are used differently. A few I found interesting are flummox for surprise or shock, rowp for sell or auction and threap for suppose or think. Also are several pages about the people of this world, like Highriders and High Ladies, the Thworb, Merdels and other folk of Hax and Kaldunt.
So if you know anyone who loves books about fantasy lands or adventures full of turns and twists, this is the book for you. It's like going on a vacation to a new world full of strange and wonderful people and places.

This book was given to me by the author for review purposes only.

You can read more about Heart of the Highriders at www.haxbooks.com.