The Missionary by William Carmichael and David Lambert a review

Yesterday David Eller was an American missionary serving the poor in Venezuela. Today he is an international fugitive.
David Eller rescues impoverished children in Caracas, Venezuela, with his wife, Christie. But for David, that isn’t enough. The supply of homeless children is endless because of the massive poverty and the oppressive policies of the Venezuelan government.
When the CIA gives David an opportunity to do something more—to heal the disease rather than working on the symptoms—he decides to go for it. But little by little, he falls into an unimaginable nightmare of espionage, ending in a desperate, life-or-death gamble to flee the country with his wife and son.
Was he wrong to resort to political solutions?
And was it really the CIA that asked him to get involved?


ABOUT THE AUTHORS
William Carm 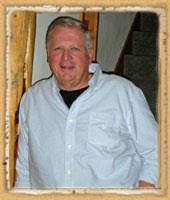 ichael, along with his wife Nancie, are the founding publishers of Good Family Magazines, which included Christian Parenting Today and Virtue. He is the author of several non-fiction books, including the bestselling Seven Habits of a Healthy Home. Books he co-authored with Nancie include Lord, Bless My Child and Lord, Bless This Marriage.

William has a Masters degree in Education from the University of Santa Clara, and degrees from Southern California College and Bethany College, as well as an honorary doctorate from Corban College. William has served on the board of directors of the Evangelical Christian Publishers Association; the Board of Trustees of Bethany College; and is current Corporate Vice President of Assist International. The Missionary is his first novel. 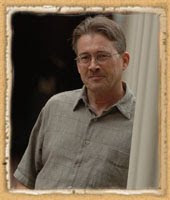 s the author of ten published books, including the gold medallion award-winning Jumper Fables, co-authored with Ken Davis. Four of the ten have been fiction for juvenile or young adult readers. His short fiction has been published in periodicals as diverse as TQ, The Chariton Review, Sand, Virtue, Moody, Guideposts for Kids, and Story.

David has an M.F.A. in fiction writing from the University of Montana. He has held a variety of positions in publishing, including managing editor of a youth magazine and founding editor of two others. He spent eighteen years as an acquiring editor at Zondervan, most of that time as Executive Editor for fiction. He is now senior fiction editor at Howard Books, a division of Simon & Schuster. David also sits on the Editorial Board of Jerry Jenkins's Christian Writers Guild and wrote the Guild's fiction curriculum.
http://missionarynovel.wordpress.com/home/
http://www.missionarynovel.com/default.html

MY REVIEW
The first part of this book really caught my attention and makes you think about everything you do. Here are a few first sentences of “The Missionary”,
“Life turns on small choices. A last-minute decision to take a shortcut over a snowy pass. A shrugging dismissal of the odd-looking man in the long coat standing off to one side. A decision to postpone a physical exam till a less busy time. A word spoke with the best intentions.”
All of these we do every day and think nothing of them, but David Eller made a choice that cost him much.
David and Christie Eller are missionaries in Venezuela. The country is full of political unrest and drug cartels. They work with poor and sick children. David wants to somehow help more than he already is and this choice is life changing. “The Missionary” is very suspenseful and action packed. It shows how we sometimes can go ahead and make our own decisions without waiting on God's direction. David meets a stranger with a helping hand with the children and also with money for the clinic. A short time later the same man comes visits Hope Village. Where the Eller’s are working. The man says he is Carlos Edwards. He makes a deal with David that will make everything he has been working for well worth while. The president Armando Guzman is not well liked. Before David knows it, he is caught in a violent war, one that could cost him and everything he holds precious.
This was a really interesting, thrilling read. I would recommend “The Missionary” for a fast-paced, page-turning read.

This sounds like a "must read" on many levels. You have my appetite wetted now.....thanks.