The Operator is Calling by Rudi London

Product Description
Suddenly, by the flick of a switch, evil came knocking on Michael s door. His entire world stumbled and fell. What had been no longer was. This time he was facing a mountain too tall to climb. Or was it? Madison, his precious daughter, had called them badsters. She'd always wondered, Why couldn’t they just be nice. Michael got a brilliant idea. What if they didn’t have a choice in the matter? First, they needed to quit cussing all together. Language rules behavior, he established. And should they elect not to surrender to good? Great! Then they'll learn what really happens when The Operator is Calling. 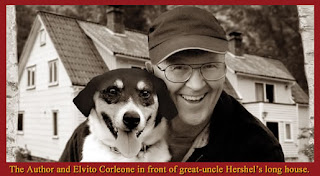 About the author: Rudi London was born on the southern west coast. But, he couldn't really call himself a true southern boy before he later moved to Tennessee. Why did he move, you might ask? Well, Rudi had a troubled past He went from building houses to guarding his King to high-tech military top-secret "Pentagon" style operations. Next, he excelled to computer management and speaking at universities before shaking up his entire family by taking on the rock & roll recording and concert scene. Got on BBC TV and declared the world his own. Then somebody decided to ship him to the U.S. of A. to capture its beauty with his camera. All went Rudi's way until Elvito Corleone walked up the road. The pooch had ideas of his own. He wanted Rudi to get involved with The Operator... 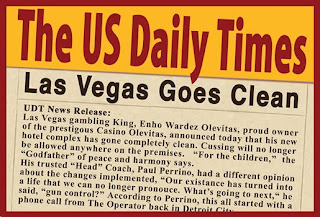 My Review:
I was captured right from the first paragraph and so will you. It would have been easy to sit down and read straight through. I love books that have
adventure, mystery and suspense. The Operator is Calling has all of those and more. This book tells the story of Michael, about the things he has lost, gained and how he makes it through life.
The Operator is Calling has it all. Happiness, sadness, loss, pain, fun, humor, spies, secrets, romance you name it. Many problems that Michael has seem impossible to solve just like our lives, but Michael calls on the Lord and He is there.
Some of my favorite parts are all of the spy gadgets that were used in this book. So many different ways to stop the bad guys, some are even lots of fun.
Michael takes on the mob, enemies and others. He has many adventures and always keeps going. Nothing will stop Michael or will it! You have to read to find out. You won’t be sorry you read this super book. It was a very thought out book that keeps you interested on every page. You just keep wondering what Michael will do next.
I highly recommond it and know it will be a book you will treasure. Keep up the super work Rudi. Rudi is a new author to me, but a new favorite.

To order the book and find out about the author Rudi London
click here.

Love this book. It is a book you will want to read again and again!
Trinity Rose

Sounds like a fantastic book. Thanks for the review!

Hi, Trinity Rose! This is Molly from Book Reviews by Buuklvr81! I am so glad you like following my blog...I am now returning the favor and following your blog as well. You have a wonderful start to this blog and this review has piqued my interest and I will be checking this book out very soon!!!

Hey, I don't know how I missed your comment to me about BH. Could you guide me to it? Want to read it.